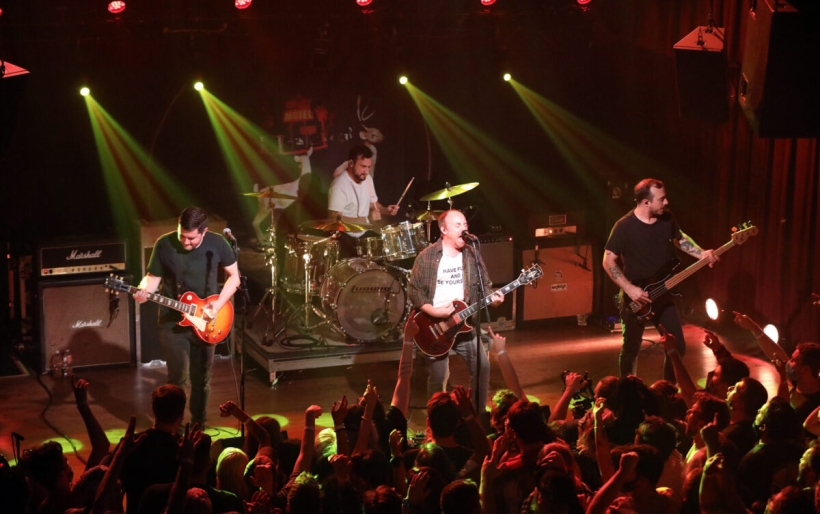 The Menzingers | photo by John Vettese for WXPN

The Menzingers will tour this fall for the 10th anniversary of their breakthrough album, On the Impossible Past, with a show at Union Transfer on November 25th.

The Menzingers breakthrough album On the Impossible Past debuted ten years ago, and to celebrate, the emo-punk group will perform the record in full on tour this fall.

Their third full album and first to be released by Epitaph Records, On the Impossible Past is adored by many who found solace and community in the moody way the band represented young angst, or the “quarter life crisis.” Touche Amore and Screaming Females join The Menzingers on the road for this special anniversary tour.

The Philadelphia-based band will make a stop at home on November 25th at Union Transfer. The Menzingers were last in Philadelphia just a few days ago when they played Franklin Music Hall with Oso Oso and Sincere Engineer. If you missed them, or are trying to go see them again, tickets are available now at the XPN Concerts and Events page.