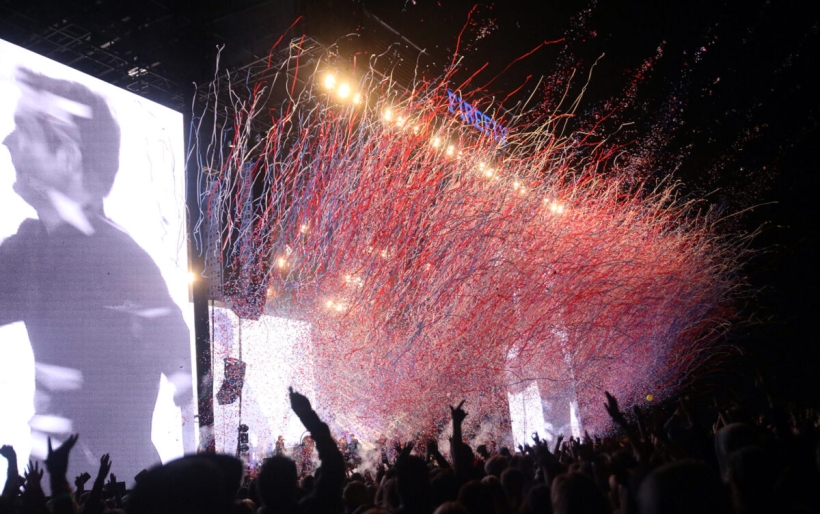 The Killers at Firefly 2021 | photo by John Vettese for WXPN

The annual DelMarVa megafestival returns to the Woodlands of Dover the weekend after XPoNential.

Firefly Music Festival released its daily schedule and set times this week, giving fans a solid three weeks to map out their days in the Woodlands of Dover, Delaware.

The annual megafestival takes place the week after the XPoNential Music Festival, and features headliners Halsey (Thursday), My Chemical Romance (Friday), Green Day (Saturday), and Dua Lipa (Sunday). With this new breakdown of who’s playing when further on down the bill, we’ve noticed a few things to be excited by…as well as a couple tough choices to make.

A big one is Philly punk heroes Mannequin Pussy playing the Firefly stage (aka the big stage) on Thursday at 3:55 p.m. When they were announced as part of Firefly’s initial lineup rollout, I imagined they’d play an early evening Pavilion stage slot — similar to the space Turnstile occupied last year. We’re very excited to see Firefly embracing MP and giving them a great late afternoon main stage placement.

We’ve also noticed that classic rock infused Philly outfit Electric Candlelight is on the bill, getting Saturday started on the Backyard Stage at 1 p.m. The band channels the grit and twang of John Fogerty, and unsurprisingly, many of its members play together in the local Credence cover band Kensington Clearwater Revival. So while it’s tempting to view EC as an extension of that, they’ll also be a fun and inviting act to start day three.

As with any multi-stage megafestival, Firefly has lots of acts playing concurrently, with a handful of tough decisions to make. A big one on Thursday is the cathartic and electrifying industrial pop of Firefly stage headliner Halsey (who goes on at 10:30) versus blissed-out synth soundscapes of Pavilion stage headliner JamieXX (who hits at 10:45).

Friday and Sunday graciously free of conflicts, Saturday the conflict is only light, but between two XPN favorites: heartfelt folkies The Head and The Heart on the Firefly stage at 7 p.m. versus atmospheric modern rockers Lo Moon on the Treehouse stage at 7:45 p.m. Start one place, end the other — it’s workable.

Other highlights: Philly brass band and festival staples Snacktime is in the mix because of course they are (Sunday, 2:15 p.m. at the Treehouse stage), and the Pavillion Stage is blocked out from 1 to 4 p.m. to screen the Eagles v Commanders football game…which could be a Firefly First?

Check out the full schedule breakdown at Firefly’s website, or in the graphics below via Firefly’s Facebook. More significantly…where are those XPoNential Music Festival set times, anyway? We have it on good authority that they’re being released very, very soon. Stay tuned.