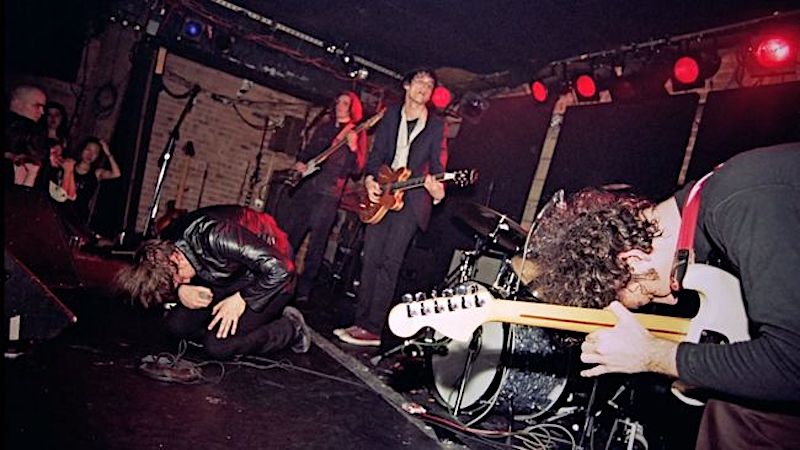 Even though music and film are pretty much inseparable, movies about music still occupy a special place in the cinematic pantheon. From documentaries that illuminate the stories behind our favorite albums to plots driven by how much music can mean to a person — sometimes even tipping over into insanity — there’s no shortage of audiovisual feasts for the eyes and ears out there.

The 31st Philadelphia Film Festival, which runs from today through the 30th of October, has embraced this legacy with the selections for this year’s “Sight & Soundtrack” category, described on the festival’s website as “films centered on the unifying power of music.” Read below for category’s offerings, which span decades and genres of music and filmmaking —plus some advance listening recommendations before you head out to the theater. Tickets can be found at the Philadelphia Film Society’s website.

Black & Blues is a peek behind the curtain at one of the now-indisputable godheads of jazz. But new recorded diaries reveal that this acclaim wasn’t always as universal—nor was Armstrong always as much of a charmer—as the culture likes to imagine.

Listen: “(What Did I Do To Be So) Black & Blue” and “Dinah” by Louis Armstrong, “The Forest” by Ghostface Killah feat. Raekwon.

Meet Me in the Bathroom, dir. Will Lovelace & Dylan Southern

Adapted from Lizzy Goodman’s oral history of the same name, Meet Me In The Bathroom chronicles the sound of Manhattan in a period of transition: between decades, between a pre- and post-9/11 world, between the Giuliani and Bloomberg eras. Don’t go in prepared for a traditional documentary experience, but expect some incredible live footage of The Strokes, LCD Soundsystem, Interpol, to name a few.

Listen: “House of Jealous Lovers” by The Rapture, “Maps” by Yeah Yeah Yeahs, “Meet Me in the Bathroom” by The Strokes

This harrowing effort from the directorial duo behind Bad Boys For Life journeys from the Belgian rap scene to the Syrian Islamic State. Rebel is a story of radicalism and extremism on the scale of a family and the scale of a nation, with a genre-blended soundtrack to match.

“When I heard that Tanya Tucker hadn’t made a record in the better part of 15 years, I suddenly realized how potent an influence [she’s] been on women in country music. I wondered why the world has forgotten,” says Carlile in this heartfelt documentary, which finds two talents crossing generational borders to craft a new batch of songs, with all the joy and frustration that entails.

It’s hard to imagine that Machine Gun Kelly is going to turn in the performance of a lifetime in Tim Sutton’s Taurus, but there might be a morbid, car crash appeal to the film’s blending of fiction and Kelly’s own personal life—in the vein of an 8 Mile or Purple Rain. He’ll play Cole, a rockstar bearing his own Sword of Damocles, opposite Megan Fox, his romantic partner both on- and off-screen.