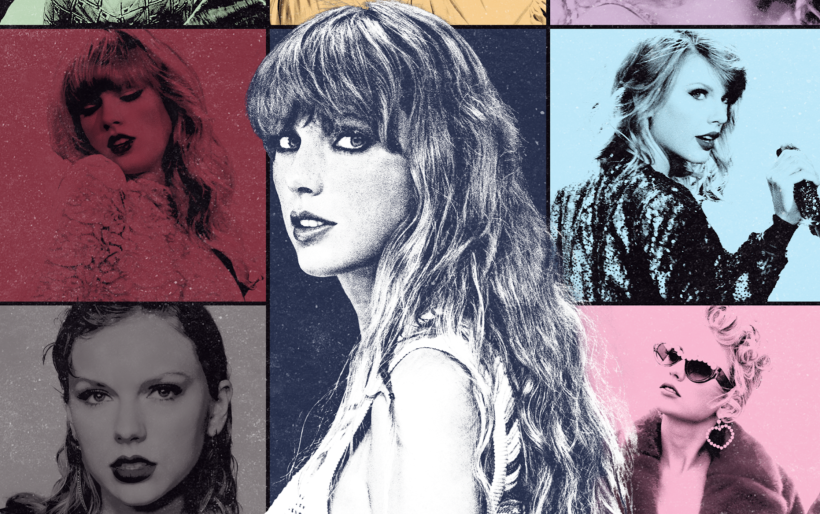 “The Eras Tour” will be hitting Lincoln Financial Field in May of 2023, joined by Phoebe Bridgers and GAYLE.

Popstar-mode Taylor Swift is back, baby! After releasing her 10th studio album, Midnights, last month and subsequently wresting control of the Billboard Hot 100’s entire top 10, she’s announced a new stadium tour—her first since 2018. Swift describes “The Eras Tour” as “a journey through the musical eras of my career (past and present!),” and the dates across the U.S. feature a wide host of opening acts.

On May 12th and 13th of 2023, Swift will be playing Lincoln Financial Field, accompanied by Phoebe Bridgers and GAYLE. Ticket prices have also been announced in advance: $49 up to $449, with VIP packages from $199 to $899. Public on-sale starts at 10 a.m. on November 18th, preceded by a Capital One cardholder presale from 2 p.m. on the 15th through 10 p.m. on the 17th. Fans can also sign up for the Ticketmaster Verified Fan program here.

Find the full U.S. dates for Taylor Swift’s Eras tour in the graphic below, and watch the “Anti-Hero” video. 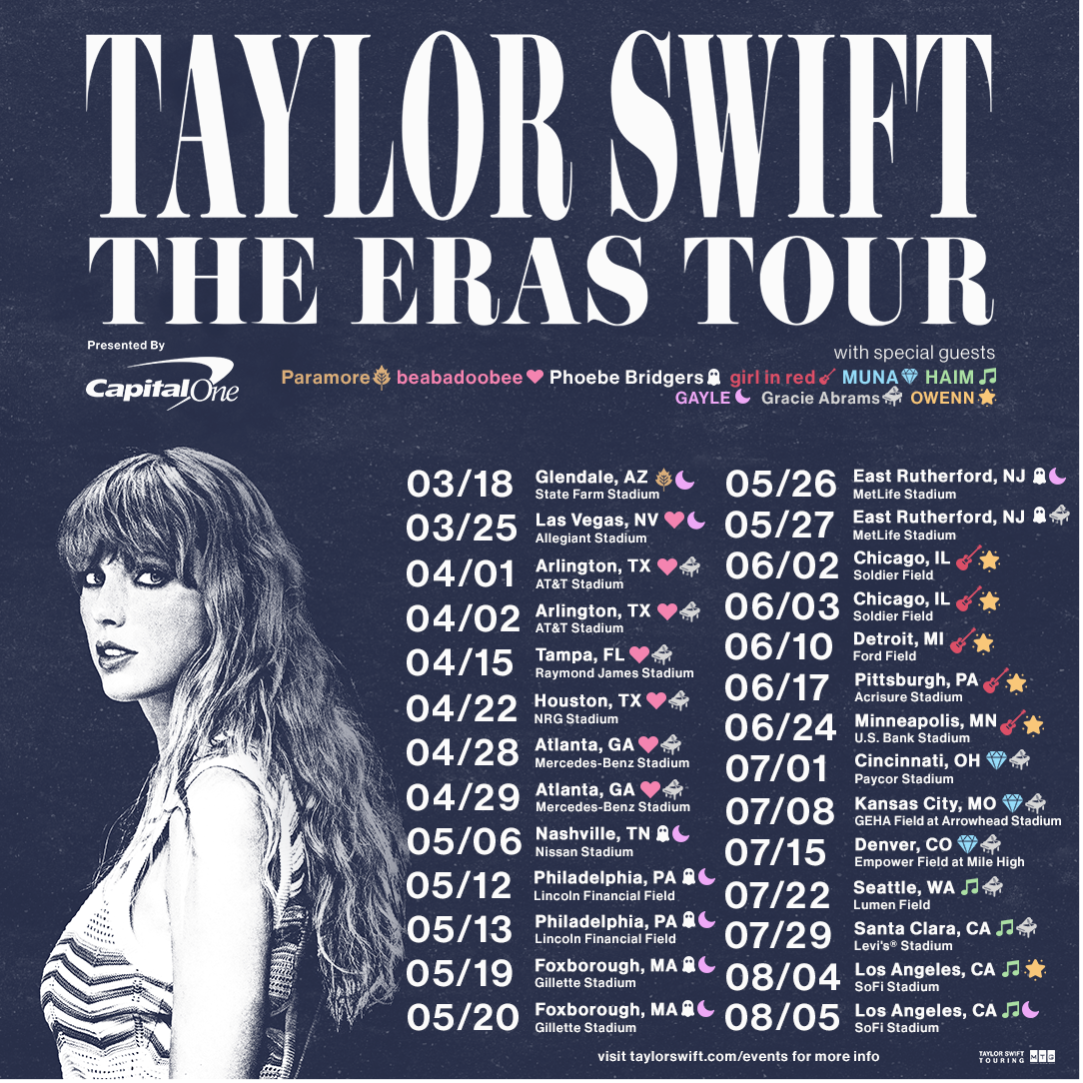