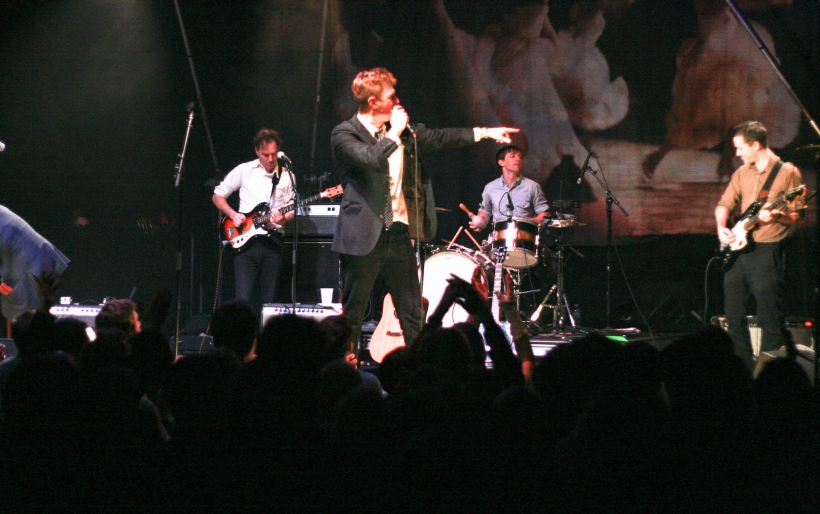 The Walkmen’s reunion run is coming to Union Transfer

The beloved east coast indie rock outfit will be back in Philly for the first time in a decade next spring.

UPDATE: Since this post was originally published, The Walkmen have added a third date to their Union Transfer run, which now extends through May 2nd, 3rd, and 4th.

After launching their 2023 reunion with five dates at New York City’s Webster Hall, beloved indie rock five-piece The Walkmen announced plans to expand their tour today, with two-night stands in Atlanta, Chicago, Washington D.C., and at Union Transfer in Philadelphia on May 2nd and May 3rd.

The venue has a special connection with the east coast band, which boasts members from New York, Philadelphia, and D.C. In 2013, when a planned Electric Factory concert with The War on Drugs fell through, The Walkmen offered fans a make-up date at Union Transfer and promised that ticket holders to the Factory show could show up early and be treated to a spaghetti dinner. It sounded very stunt-y when they announced it on social media, but the band kept its word, and played a killer show afterwards. Later, they played their final Philadelphia show in December of 2013 at UT, a benefit gig for the launch of the still-in-progress Rail Park project, also featuring Sun Ra Arkestra and Spank Rock.

Right now, The Walkmen’s reunion doesn’t seemed to be aimed at anything grander than simply reconnecting; no plans for new recordings have been announced, and it seems to be more about old friends enjoying one another’s company again. “Recently, someone sent us a clip of us playing at Irving Plaza from 2003, and it just looked very exciting,” said frontperson Hamilton Leithauser in announcing the Webster Hall shows. “So, we’ve decided we’d like to play together again.”

Tickets for The Walkmen’s Union Transfer shows go on sale to the general public on Friday, December 9th at 10 a.m., with various presales happening this week. For more information, head to the WXPN Concerts and Events page.