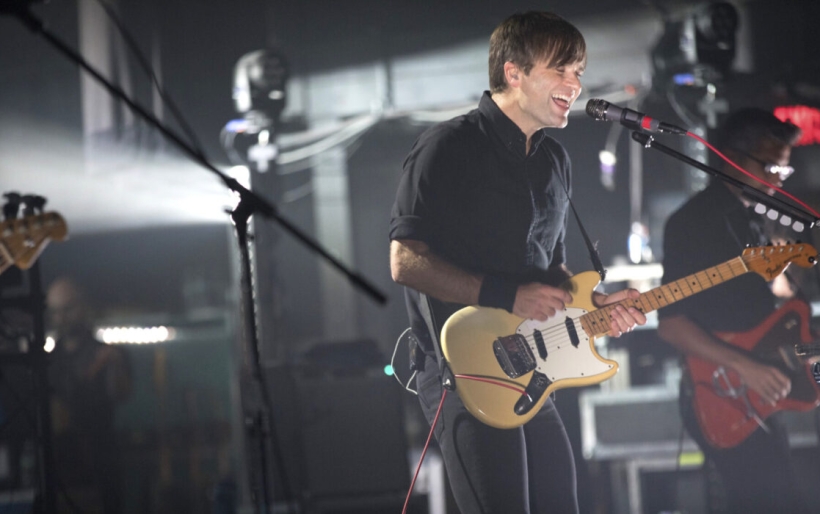 Death Cab for Cutie | photo by John Vettese for WXPN

“Smeared black ink / Your palms are sweaty / And I’m barely listening” conjures hair-raising drones and electrical pulses for the generation of indie music hipsters that made Ben Gibbard’s The Postal Service the anthem of their youth. The band’s only record, Give Up, turns 20 in 2023, along with Gibbard’s other masterpiece, Death Cab for Cutie’s Transatlanticism. Accordingly, the two projects have announced a joint tour in 2023, and will be performing each album at seventeen different tour dates, including Philly’s The Mann on September 21.

Gibbard is joined by longtime bandmates Nick Harmer and Jason McGerr as well as two relatively new Death Cabbers Dave Depper and Zac Rae, along with Jimmy Tamborello and Jenny Lewis in The Postal Service. “I know for a fact I will never have a year again like 2003. The Postal Service record came out, Transatlanticism came out. These two records will be on my tombstone, and I’m totally fine with that. I’ve never had a more creatively inspired year,” says Gibbard in a press statement. Longtime fans of Gibbard’s music get a two-for-one treat in this tour: a celebration of Death Cab’s widely-considered-greatest record, and the first live performance from The Postal Service in over a decade.

Watch the tour trailer below. Tickets go on sale to the general public on Friday December 16th at 10 a.m. Get directed to the exact link for the event at The Mann’s website via the WXPN Concerts and Events page.