Load-In to Load-Out With Red Fang: A photo essay by Matthew Shaver - WXPN

Load-In to Load-Out With Red Fang: A photo essay by Matthew Shaver This is 2014. Rock ‘n roll may not be dead, but that doesn’t mean it isn’t financially strapped. As I walked through the empty arena, I explained to multiple parties that I was with WXPN and I was there to cover not only the bands but The Troc itself as well. Most people expressed gratitude with a hint of something akin to relief. Others were more direct, “Thank god! We could use the exposure!” I talked with a big, friendly man named Ted, who seems like the kind of guy who will give you the world until you’re on the wrong end of an argument. He lamented the decline of metal on the east coast, and that even the good shows that come through Philadelphia aren’t properly promoted. These were seriously all great, friendly people who just had an honest want for the scene to succeed, but all had a sadness in their eyes when they spoke about it that said it wasn’t doing as well as it could be. I digress. Back to the back room. I found myself face to face with Portland’s Red Fang, one of the most badass rock bands out there and it was…..normal. It’s a bunch of friends that all work together, getting ready for a shift. That’s what it is backstage folks, people being people, getting ready to work, and if your business is entertaining, the only thing you want to do before you give 110% for 90 minutes is to chill out a bit. As I walked in the band excused themselves because they’ve been setting up for a few hours and it’s dinner time, and they want to go get some food. 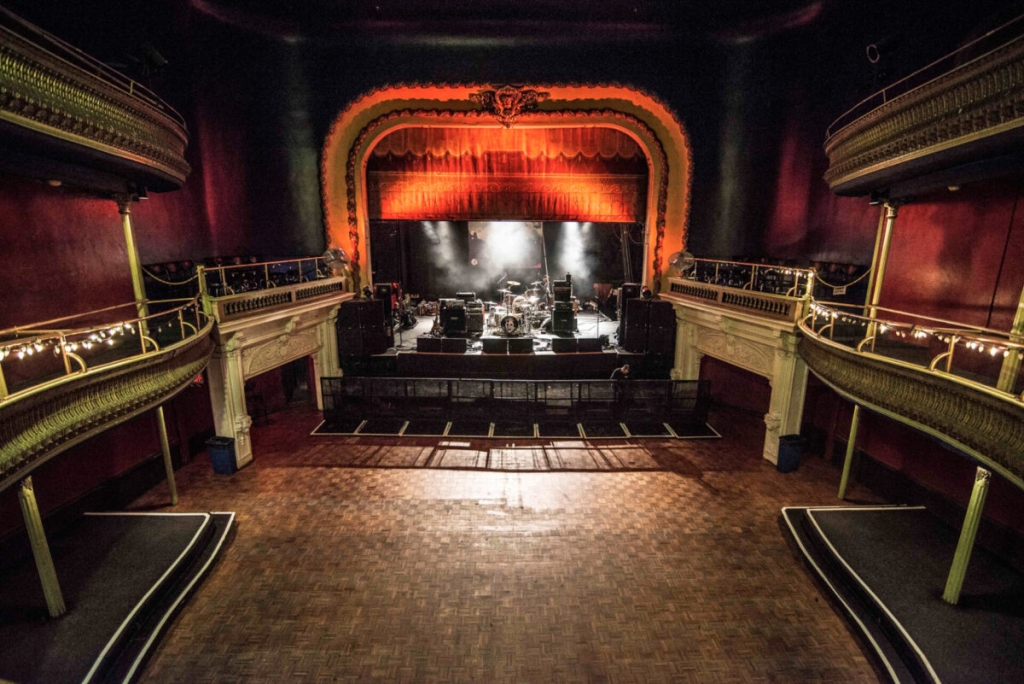 I wander amongst the lonely emptiness of the Troc, snap some photos.