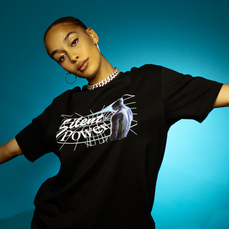 Around the country, many communities are struggling with the effects of the pandemic, economic uncertainty and civil unrest. But despite the tremendous challenges, there are still steady broadcasts coming out of our treasured public radio music stations. Since March, they haven't missed a beat. With some DJs working from home and others having to go to work at their stations, they provide a much needed resource: a respite from the news, a friendly voice that fills a room, the sound of hope that one day this stressful time will be behind us and of course, music. Check out 10 songs that our DJs can't stop playing below.

Bully, "Where To Start"

Using just a few chords, "Where to Start" stays true to Bully's grungy roots while building to a satisfyingly shimmery romp. According to bandleader Alicia Bognanno, we've got anarchist punks Chumbawamba to thank for that. She claims to have written the track while picking apart the group's 1997 hit, "Tubthumping," calling it an "undeniably solid song." Whether you agree with that assessment or not, Bully's resulting song rips and implies that we've got a lot to look forward to on her forthcoming third album, Sugaregg. Recorded at Minnesota's Pachyderm Studios and co-produced by industry vet John Congleton, this marks the first time collaborators have been brought into Bully's creative process. (Bognanno is a seasoned producer in her own right, having independently recorded and produced the band's first two records.) It's refreshing to hear her straightforward aesthetic and signature snarl remain intact on this one. —Kelsey Brannan, The Current

Between the fictional Icelandic singers played by Will Ferrell and Rachel McAdams in Netflix's Eurovision Song Contest: The Story of Fire Saga and the real-life Icelandic crooner Daði Freyr and his dance-happy single "Think About Things," Icelandic music deserved to take the "W" in this year's Eurovision. Alas, even with a beautifully poppy song inspired by the binding love of a parent to their newborn child and a viral music video leading to dance challenges in colorful sweaters, the crowd-favorite "Think About Things" was halted in its tracks by the coronavirus-related cancellation of Eurovision. Even so, Freyr deserves the crown for producing one of the catchiest, grooviest, smile-inducing singles during quarantine. —Joni Deutsch, WFAE

Terrace Martin seems to have a hand in most of my favorite songs of this summer, including "Freeze Tag" from Dinner Party, the new collaboration that features Martin teaming up with Kamasi Washington, Robert Glasper and 9th Wonder. This tune features Chicago singer and multi-instrumentalist Phoelix, whose lyrics address the issue of systemic racism and inequality in our country. The subject matter is heavy, but it's backed by a smooth groove and a killer horn-driven hook that has been in my head since the first time I heard it. On the song, Phoelix sings "I'm sick and tired of runnin', I've been searching where the love went," and I think a lot of people can relate to that right now. —Brian Burns, WUNC

The Dublin-based Fontaines D.C. play rock and roll. The band has swagger, songs with killer hooks, scintillating guitars, high-energy rhythmic drive and a can't-take-your-eyes-off-him frontperson in the form of Grian Chatten, who channels Joy Division's Ian Curtis presence. Musically, Fontaines D.C. captures the smoother edges of British post-punk legends The Fall with forceful — sometimes snarling — angular rock songs. The infectious, galloping drive of "A Hero's Death" is made even more pressing by Chatten's matter-of-fact delivery of prescriptive lyrics, including "Don't get stuck in the past/Say your favourite things at mass," "Never let a clock tell you what you got time for" and the song's lyrical hook, "Life's ain't always empty." A lyrically distant cousin to Radiohead's "Fitter Happier," the urgent drive of "A Hero's Death" is an impressive to call to philosophical action and rock. —Bruce Warren, WXPN

Jorja Smith released her first record, Lost & Found, when she was just 19. She describes being obsessed with Amy Winehouse's album Frank as a teen, and Jorja was the first independent artist to not only be nominated for, but to win the Brits Critic's Choice Award in 2018. Lost & Found also helped her land tours with Drake and Bruno Mars. In June, Blue Note Re:Imagined, a covers album of classic Blue Note songs, was announced with the release of her cover of St. Germaine's "Rose Rouge." Jorja's stunning cover is electrifying with its interplay of classic soul, R&B, jazz and reggae. —Chris Wienk, WEXT

Soulful pop earworms have been a hallmark of Lianne La Havas' output ever since 2012's Is Your Love Big Enough. With "Can't Fight," she's rebottled the magic in a bubbly 3-minute jam about a topic so many of us can empathize with: being in a relationship you know isn't working, but unable to properly pull the plug. It may have been a five-year gap since her last album, but this new tune rekindles the fire with a perfect summer groove. —Eric Teel, Jefferson Public Radio

Not content to be a pre-packaged Music Row songwriter, Margo Price has outlaw aspirations for a country star. The best evidence is "Twinkle Twinkle," a fuzz tone-drenched musical change-up. The song is a rough-edged slice of rock and roll spunk showing how Price and co-producer Sturgill Simpson will thwart Nashville strictures. The groove has a funky strut reminiscent of early Little Feat, but with growly guitar licks from underground rock utility player Matt Sweeney. This song celebrates badass attitude and Price's vocals flaunt a Lucinda Williams snarl more than Neko Case croon. "Twinkle Twinkle" proves that while Price's rock dreams break conventions, nothing is beyond her reach. —David Hyland, WPR

Bassist Michael Olatuja's latest album is a tale of three cities, blending the sounds of London, Lagos, Nigeria, and New York in what he describes as "cinematic Afrobeat." With jazz and Afrobeat set against a tapestry of orchestral arrangements by Broadway heavyweights, Lagos Pepper Soup could easily be used as a soundtrack. The album's third track, "The Hero's Journey," dons a poignant melody in tribute to Olatuja's late mother, featuring violinist Regina Carter and vocals from Thana Alexa, Ayana George, Cassondra James and Rasul A-Salaam. This project is truly a sonic experience of epic proportions. —Keanna Faircloth, WBGO

The West African quartet Songhoy Blues proved long ago that they wouldn't be silenced. With its members driven from their homes in Northern Mali in the wake of civil unrest, imposed Sharia law and a ban on music, the group formed after resettling in the South in the country's capital of Bamako. With a shared love of "desert blues," the band carries on the musical legacy of its Northern homeland and the Songhoy people. Its latest offering — and first original song recorded in English — is an uplifting declaration of hope and perseverance, crafted with an honesty born out of lived experience. —Desiré Moses, WNRN

Taylor Swift is known for penning memorable breakup songs, but "Exile" draws her into a new stylistic Venn diagram. The song creates a windswept sonic landscape beyond the artful retribution of some of her more popular radio hits, instead overlapping sadness and sagacity. "Exile" leans almost entirely on Swift and co-writer Justin Vernon's vocals and piano, building through voices and the old folk trope of call-and-response until the lovers are drowning each other out. The sound piles so high, it's almost certain to be blown apart by a swift gust. Then — echoing the subject matter — just like that, it's over. —Kim Ruehl, Folk Alley