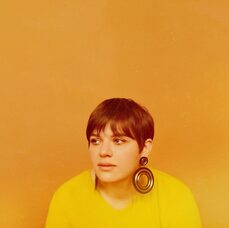 August's edition of Heavy Rotation, chosen by NPR member stations, features new music from Sylvan Esso, Sault, London rapper Little Simz and more.
All of this month's picks are available to stream on the Heavy Rotation Spotify playlist at the bottom of this page. And don't forget that you can discover all the amazing music programming happening across the country by clicking the links to each station's website, included below.

Stepping into the spotlight after years of touring and working with other Malian superstars — including Ali Farka Toure, Toumani Diabate and Habib Koite — guitarist Afel Bocoum is about to release a new album that's all his own. Lindé touches on themes the entire world is dealing with: poverty, violence, police brutality. "Penda Djiga" loosely addresses police violence, but Bocoum offers hope with sweeping guitar vistas that circle you with just enough distortion to keep you alert. The song tells the story of Bocoum's road trip to try and see a friend's daughter — named Penda — at her engagement party. But along the way, he's stopped by police and even attacked. Eventually, he's able to see Penda before she boards a flight to Michigan. On Lindé, Bocoum works with amazing musicians like the late Tony Allen and producers Damon Albarn (Blur, Gorillaz) and Nick Gold (Buena Vista Social Club). —Ian Stewart, VPM's World Music Show

Bartees Strange has a complicated relationship with his Oklahoma home. While he still has an affinity for the state, growing up Black in a largely white community had a significant effect on him. It wasn't until he moved to the Northeast that he finally felt like he could be his full self. "Boomer" is a liberating encapsulation of that time in his life. The song is a driving, boastful tune that starts out with a bang — no intro, just straight into Strange rapping the first set of verses. But this isn't a rap song; it's pop-punk. Bartees Strange's mix of beautifully melded genres has us eagerly anticipating his upcoming debut album, Live Forever. —Ryan LaCroix, KOSU

Jealous Of The Birds, "Young Neanderthal"

I first heard of Jealous of the Birds when NPR Music's Stephen Thompson waxed romantically about a simple, quiet song with whistling called "Goji Berry Sunset" in the lead-up to SXSW 2017. Poor Stephen wouldn't even recognize her now. "Young Neanderthal" roars and swirls with fuzzed-out vocals, and it even screams with a glorious guitar solo. Here, Naomi Hamilton rips it open in a song that would fit in on a Car Seat Headrest album. She takes control and kicks some ass in her best work to date. —Justin Barney, Radio Milwaukee

Kathleen Edwards, "Hard On Everyone"

Kathleen Edwards' first album in eight years is titled Total Freedom. It's a perfect title for a record that sees Edwards not only returning to music on her own terms, but also returning to herself. She says she wrote "Hard On Everyone" on the floor of her empty house after waking up and leaving a bad situation. While the lyrics have her reflecting on that situation, the way the vocals and guitar take flight seem to suggest the vastness of a future that's just opened up. It's the sound of a woman taking control of her own destiny — and finding total freedom. —Raina Douris, WXPN

London rapper Little Simz's EP Drop 6 was written, recorded and produced in April. Simz named "might bang, might not" after the feeling she had upon first listening to a beat that producer Kal Banx sent her for the track; she wrote to it right away. The result pulsates with the intensity of a timeless dance-floor banger, while the words give space to the emotions of life in lockdown. I think we can all agree: It bangs. Simz, who won the Pioneer Award at the AIM Independent Music Awards 2020 last month, is also an actress; you can watch her in the British gangster drama series Top Boy on Netflix. —Alisha Sweeney, Indie 102.3

If you drive west on Sunset Boulevard in Los Angeles, it dead-ends at Will Rogers State Beach and the Pacific Ocean. An idyllic setting. It's easy to think that this is what Paul Weller had in mind for his latest song, "On Sunset." The track begins and ends with the sound of the ocean, seagulls and a breeze that transports you to this place, wherever you may be listening. "On Sunset" brings to mind Weller's days with The Style Council; the song has a light, airy quality that captures the spirit of a lazy summer day. But it's not overly sentimental, either. It makes you want to find a convertible, put the top down and head west on Sunset. —Benji McPhail, The Colorado Sound

The anonymous singer's voice is sorrowful and resolute as her words, set against a steady minimal rhythm, decry police killings of Black people. As large swaths of California burn and national protests continue over Jacob Blake's shooting by police in Kenosha, Wisconsin, this track provides a quiet catharsis even as we face wildfires, literal and figurative. —Nick Brunner, Capital Public Radio

Amelia Meath's opening words — "August in the heat" — could be followed by a long list of this month's woes. But Sylvan Esso instead provides a tilt-a-whirling escape from the overwhelming din of 2020. The bass and bounce of Nick Sanborn's digital building blocks pair with Meath's breezy melodies and nostalgia, and it all adds up to a sweet and sweaty summer joyride. Yell along with the "no" in the chorus for added relief, and know that there's more magic coming with Sylvan Esso's new album, Free Love, due out Sept. 25. —Sarah Wardrop, WFUV

Yebba is a 25-year-old singer-songwriter and arranger who cut her teeth collaborating with the likes of PJ Morton, Robert Glasper, Ed Sheeran and A Tribe Called Quest. As a result, she's gained a reputation — and a Grammy nomination — for being one of the music industry's most versatile and sought-after talents. She's due to drop an album toward the end of 2020, but has already unveiled a terrific lead-off single. "Distance" evokes classic soul with slow, cosmic, jazzy, bossa nova-tinged melodic vibes. The track provides a glimpse of an artist who has the potential to become a once-in-a-generation talent. —Chris Campbell, WDET's The Progressive Underground