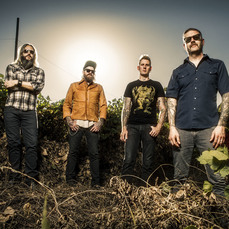 September's edition of Heavy Rotation, chosen by NPR member stations, features music from Janelle Monáe, Labrinth, SAULT, Omar Apollo, New Order and more.
All of this month's picks are available to stream on the Heavy Rotation Spotify playlist at the bottom of the page. As always, you can discover fantastic music programming happening across the country by clicking the links to each station's website, included below.

Anjimile builds a transformative narrative rooted in self-love and resilience with "Maker," the first single from their breakout album Giver Taker. Opening with disarming vocals and a delicate finger-picked guitar, the song attempts to reconcile feelings of self-worth. Anjimile asks, "Why don't you do as you're told? / Happiness isn't your goal?" But as "Maker" evolves, so does its sound, which ultimately erupts into a rhapsodic, marvelous parade of instrumentation. "Have you ever seen anything quite like this?" The result is cheerful and complete — a musical celebration of Anjimile's journey to becoming the person they were always meant to be. —Stacy Buchanon, WGBH

After a decade of recording and performing together, the members of Delta Spirit needed a break from the confines of creating with each other. Six years, three solo records and an array of side projects later, the roots-rock quintet is back with a new album, What Is There. "It Ain't Easy" chronicles the group's return: "For the longest time I would try / To get in line / But it ain't easy," frontman Matthew Logan Vasquez sings, adding, "And I found it hard to be myself / Without your help." Guitarist Will McLaren also takes up the piano, providing a buoyant through-line that makes the song one of the season's biggest earworms. Resonating with a rejuvenated spirit, "It Ain't Easy" is a testament to the power of human connection. —Desiré Moses, WNRN

Sometimes music is the act of writing history as it happens. Just like professors Woody Guthrie, Marvin Gaye and Public Enemy did before her, Janelle Monáe distills the political and social climate of the present day and puts it into one song. "Turntables" documents the moment and anticipates the next. It highlights what an important and precarious place we are in history and makes the case that we have the opportunity to define it. The track appears in the credits for All In: The Fight for Democracy, a documentary about voting rights that recognizes the power of voting to turn the tables. There is no better song for this moment. —Justin Barney, Radio Milwaukee

Labrinth, 'All For Us'

Open the glitter-streaked pages of HBO's Euphoria, and you'll find that the musical gospel according to television composer/producer Labrinth is one of love and sacrifice, heartache and hard truths. For his debut live performance of season closer "All for Us," the newly minted Emmy winner oversees a chorus of Danny Elfman-like "oohs" and Yeezus-inspired "ahhs," culminating in the ultimate question: What would you do, and what would you lose, for another? And will it even be enough? —Joni Deutsch, WFAE's Amplifier

Liz Longley, 'Send You My Love'

Liz Longley comes back in a big way with the self-release of her new album, Funeral for My Past. On it you'll find "Send You My Love," a song that's at once hypnotic and insistent. This could be a theme for what everyone is feeling during lockdown, though it was written well before our new landscape took hold. What a voice, what a song and what a sentiment. As we all bide our time waiting for a new normal, I'm so glad we have the music. Here's a toast to Liz Longley, who tripled what she was asking for on Kickstarter for this project. —Jessie Scott, WMOT

Mastodon, 'A Spoonful Weighs A Ton'

From the first few notes of New Order's "Be a Rebel," fans will immediately recognize the band's sound and style. There's something remarkably comforting about this song. New Order led the charge of great dance music in the '80s, and in these challenging times, it's nice to have a song remind us of when things felt a bit more carefree. "Be a Rebel" is upbeat throughout and the message is clear: No matter the situation, it feels good to dance. —Benji McPhail, Colo Sound

Oliver Wood, 'Soul Of This Town'

Coming from one-third of the Americana trio The Wood Brothers, Oliver Wood's stellar guitar work and gritty, sharp-edged voice have lent an air of authenticity to a dozen fantastic albums. Wood has now released his first-ever solo tune, "Soul of This Town." Co-written with North Carolina singer-songwriter Phil Cook, "Soul of This Town" contemplates the loss of personality in America's cities as gentrification inevitably pushes forward. It's a sentiment wrapped up in the song's first line: "When you come back home, boy, you're gonna be so surprised / This little town that you came from has just left us behind." The downtime caused by the pandemic allowed Wood and Cook to work on their individual tracks separately, and the combination is golden. No full album has been announced — just a brilliant cover of "The Battle Is Over (But the War Goes On)" — but one can hope there' more to come from this partnership. —Eric Teel, Jefferson Public Radio

Mexican-American artist Omar Apollo has already made noise with two critically acclaimed EPs: 2018's Stereo and 2019's Friends. This new single from his forthcoming album builds on that momentum. Evoking shades of The Weeknd and Frank Ocean, Apollo drops a sun-kissed rhythmic banger that's both melodic and alluring, with rich harmonies and resonant lyrics that opine about the end of a past relationship. There's bittersweet nostalgia to this track, which speaks to Apollo's talent for distilling emotion through high-quality production. But even more impressive is his ability to capture a moment and articulate it until it becomes a complete mood. That's what this track is: a mood. —Chris Campbell, WDET's The Progressive Underground

Original Flow takes listeners through a personal journey on his debut album, BLACKMANKIDBOY. Through racism and trauma, grief and depression, it's a soul-baring look inside his life. But it all takes a turn in the album's final song: The upbeat and cheerful "Best Life" is not only a celebration, but also a destination. As the 30-year-old Oklahoma City rapper notes in the song, it's about "walking in darkness and finding the light." Battling negative thoughts is a struggle, but finding true happiness should always be the goal. —Ryan LaCroix, KOSU

It's something we've seen before: rural roots at odds with a progressive mindset. For S.G. Goodman, that contrast fuels "Old Time Feeling," the title track of her debut album. But rather than leaving her past behind and venturing to find a more likeminded space, the Kentucky songwriter proposes in verse to "stick around and work your way through." She tackles challenges directly, a head-on approach that's admirable and ultimately what makes her storytelling so compelling. It's often a cliché to praise a songwriter as raw and honest, but Goodman truly does possess the kind of authenticity that connects listener with artist. —Mike Vasilikos, WXPN

"Hysterical" is a dreamy power-pop ballad that playfully sets Sadie Dupuis' ethereal voice against soaring and layered harmonies. Written about "unfunny comedians [who] love to argue that 'PC culture' destroys comedy," Dupuis, who also leads the band Speedy Ortiz, was inspired by how inclusive comedy has become since the '90s when she was growing up. Dupuis wrote, produced and played nearly everything on sad13's new album Haunted Painting, and solely employed women to help complete the production. The devilishly fun, horror-themed video for "Hysterical," directed by Kate Banford, is a nod to her favorite scary movie Unfriended; it stars Dupuis and some of her favorite comedians as they partake in a Zoom hang and begin to die off. —Alisha Sweeney, CPR

Sault has just dropped its second album in three months — and fourth in the last year and a half. Choosing to remain anonymous, this music collective is a mysterious force of nature that pushes listeners to think, fight, re-think, be aware and celebrate the Black experience, all with fortitude, strength, power, courage, determination and perseverance. This is an album you really must hear over and over, front to back, to absorb the depth and nuance. "Strong," the first track on Untitled (Rise), contains what could serve as SAULT's mission statement: "Gotta fight, gotta fight / Laughter heals all that's torn / I've got to say, I've got say / That laughter heals the pain away / Even though you're numb / You're not on your own / I can wait, no, I can wait / I've got to fight another day." —Anne Litt, KCRW

The Sea The Sea, 'Broken'

It's hard to find better news than the fact that Chuck E. Costa and Mira Stanley have a new album out. As you hear in this live version of "Broken," their harmonies are brilliant. The song is about the fastest 3 minutes and 45 seconds you'll ever hear, and when it finishes, you'll wish it hadn't. The song, from Stumbling Home, is at once simple and complex: It breaks your heart and makes you feel good. This special duo makes every song hypnotic. — Chris Wienk, WEXT

It's not easy to create music that captures history as it unfolds. Many contemporary songwriters prefer to tackle the emotional heft of a moment rather than its headlines. But "Under the Devil's Knee" erases the gulf between those two things, via a dense, Guthrie-esque folk ballad that deftly skewers systemic racism in just over five minutes with a catchy chorus. Beyond the song's topical nature, Burt's artful delivery nods at several generations of folksingers. It doesn't hurt that Sunny War, Allison Russell, and Leyla McCalla — all masterful topical songwriters in their own right — show up on backing vocals. — Kim Ruehl, Folk Alley