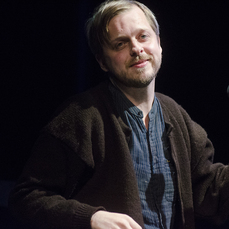 Faroe Islands native singer/songwriter Teitur Lassen said recently, "If you're a chef, you don't want to work with only carrots."
In his diverse, nearly 20-year career, Teitur's fertile imagination has cooked up savory, soul-baring songs cut by Seal, Corrine Bailey Rae, the Netherlands Wind Ensemble and Mandy Patinkin, who recorded three songs off of his most recent album, I Want to Be Kind. He even had a No. 1 Danish electronica album, Running Music, in 2018.
This is Teitur's third invite to Mountain Stage. The musician broke out in 2003 with Poetry and Aeroplanes, on Universal Records, which shows why tourmate John Mayer said then that Teitur's songs are "jet fuel on the fire of a broken heart."
In this four-song set recorded Sept. 23, 2018, Teitur instantly displays why Groce calls him a "great, great songwriter," and "one of a kind," with a surgically slow and methodical piano, serving a vocal fillet of dying relationship in "If Your Heart's Not in It."
Teitur, who also did a project with instrumentalist, arranger and producer Van Dyke Parks, whom he met at a previous Mountain Stage taping in Athens, Ga. Parks' influence is perhaps heard in the layers of atmospheric synth to take "Looking For a Place" into the cosmos.
With what he calls a "Boston chord change," Teitur offers "Sara," a sweet kind of Billy Joel-drops-by-Cheers ode to love.
Teitur closes with a wise song age alone can write, "To Be of Use."
"At age 6, I wanted to be in a circus show / At the age of 8, a farmer down in Mexico / Now, I just want to be of use / And to be there with the ones I love / to be of use and give when someone needs to borrow / To be of use," he sings.
Set List