Today at Miner Street Recordings in Fishtown, Hezekiah Jones is recording a new song for Shaking Through, WXPN and Weathervane Music’s online audio and video initiative. Brian McTear, Executive Director of Weathervane and the owner of Miner Street, is producing the session.

Each session is curated, and Hezekiah was my selection for the episode that will run in April. Raphael Cutrufello—he’s “Hezekiah”—has assembled a five-piece band (including Andrew Lipke and Sisters 3) to perform a new song, “Borrowed Heart.” The song is part of a forthcoming musical score Raphael has been writing for one of his favorite movies, The Bride Of Frankenstein. Watching the band work together on the song is a fascinating process. As I am writing this, sitting in the studio control room, Raphael is recording his vocal parts while watching a section of the movie on a monitor in the studio control room. (The timing of the Raphael’s singing needs to perfectly match the film, requiring a handful of vocal takes.) Andrew Lipke and the background singers are rehearsing the harmonies he wrote for a section of the song; McTear is talking to the band about adding a keyboard while recording engineer Jonathan Low is listening to different mixes of the song (featuring an acoustic and an electric bass).

Below, some photos from the session today which will be released in mid-April. 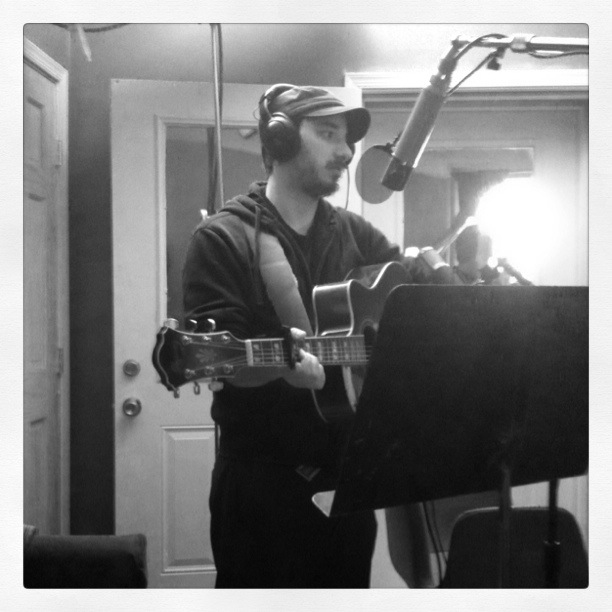 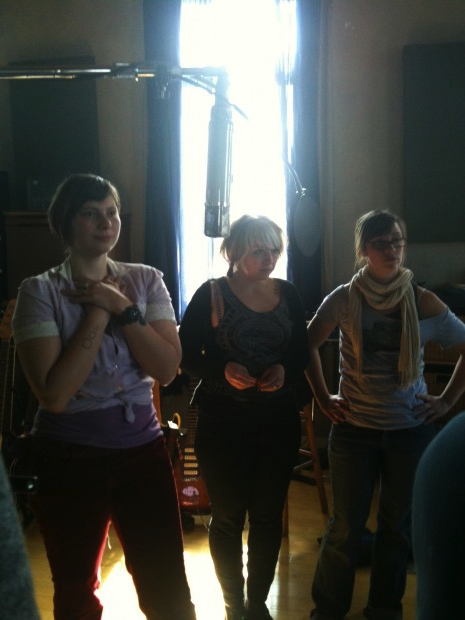 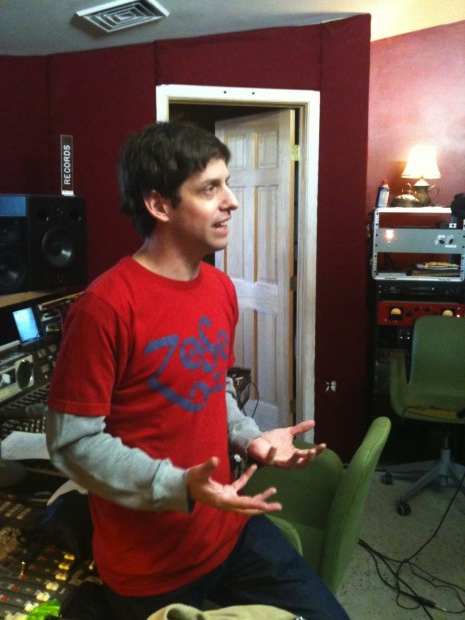