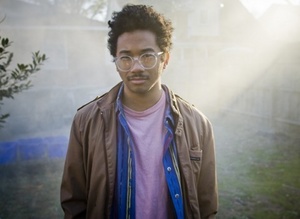 Toro Y Moi’s Chaz Bundik gets asked the same “Are you chillwave?” question in every interview, but he’s too relaxed to care. Chillwave refers to a brand of heavily filtered, reverbed, and sampled synthpop—a label often given to bands such as Neon Indian and Beach House, as well as Bundik’s first album, Causers Of This. But, while everyone else was debating the merits and parameters of the genre, Bundik was recording his funky-yet-psychedelic second album, Underneath The Pine, with live instruments. Unlike his first record, Underneath The Pine was written with the intent of being played live; it trades the danceable jams and distinct vocal melodies for a complex, grown-up sound. The album starts off R&B and fades into psychedelic pop at about the halfway mark. Bundik has acknowledged that this fade was intentional, as was the stark difference between his first and second albums; Underneath The Pine is not a deliberate rejection of the chillwave movement, but it is proof that Toro Y Moi is more than a member of a genre. Toro Y Moi performs with Braids and Adventure at 7:30 p.m. at First Unitarian Church; tickets to the all-ages show are SOLD OUT. —Dave Simpson