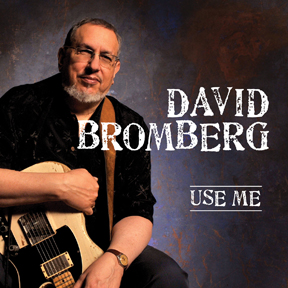 Philly-born David Bromberg (who has been a Wilmington, DE, resident since 2002) is releasing a new album, Use Me, on July 12th on Appleseed Recordings. It’s a star-studded musical collaboration that includes appearances by Linda Ronstadt, Levon Helm, Dr. John, Widespread Panic, and Keb’ Mo’. Bromberg also worked with the Butcher Brothers (Phil and Joe Nicolo) who produced the album’s title song, a cover of the Bill Withers song, “Use Me.” Other contributions come from John Hiatt (who wrote a song for the album), Vince Gill, and Tim O’Brien. Below, a video of “Sharon” from a 1989 show Bromberg and his band performed in Cambridge, MA, followed by the song “Johnny Ryall” by The Beastie Boys (which sampled “Sharon”).