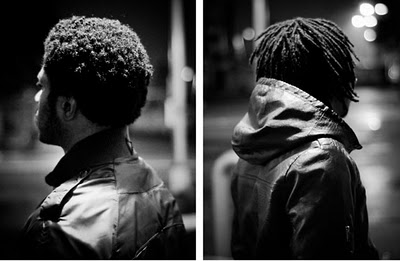 Shabazz Palaces is an amorphous blob. It’s one of the few musical groups left in this blog-everything age that retains some mystery, but they claim (in one of their few interviews) that mystery is not an objective. What we do know is that they are a hip-hop group from the Seattle area; the primary member, Ish Butler (aka Butterfly and Palaceer Lazaro), was once a member of the more above-ground Digable Planets. He acts as the reticent spokesperson of the group, and he refuses to give the names of other members because, as he said in a Pitchfork interview (one he originally refused), “we just don’t feel like that’s the point.” All the focus away from the artist left me uncomfortably confused at first, but then I focused on the music. It’s an equally nebulous trip-hop sound. Songs fade to silence and back and then turn into new songs all on a single track. The lyrics are vulnerable and match the dreamy beats. Butler puts out beautiful music videos with ambiguous plots. All the mediums—the beats, lyrics, videos, the EPs (released in pairs) and media personas—blend together into a compelling trip. Shabazz Palaces performs with Thee Satisfaction at 8 p.m. at Kung Fu Necktie; tickets to the 21+ show are $8. —Dave Simpson