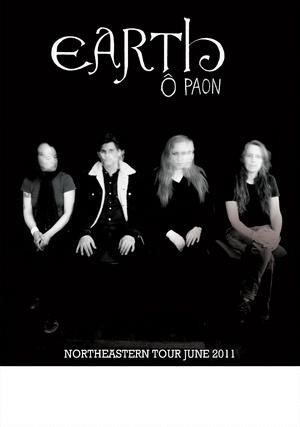 Earth is a rare musical blessing: a band that, despite a lack of mainstream appeal, has done its own thing for over 20 years. In the late ’80s the band’s lead member, Dylan Carlson, made sonic collages with his roommate, Kurt Cobain. (On a mainstream level, Carlson is perhaps best known for introducing Cobain to heroin and purchasing the infamous shotgun.) The sonic collages lead to Earth and the establishment of the drone-metal genre—feedback driven guitars, little or no vocals, and slow, offbeat rhythms. In February the group released Angels Of Darkness, Demons Of Light I, which, in typical Earth fashion, features the band’s constant Carlson backed by new members. The current bunch includes Nirvana cellist Lori Goldston, and Microphones front man Karl Blau. That Carlson would collaborate with the generally poppy Blau is a testament to their dedication to uninhibited creativity. The album is a real success: Carlson stays true to that quintessential drone while effectively using the new musicians to open up his sound. Earth performs with Ô Paon, Cloud Minder at 9 p.m. at Johnny Brenda’s; tickets to the 21+ show are $13. —Dave Simpson