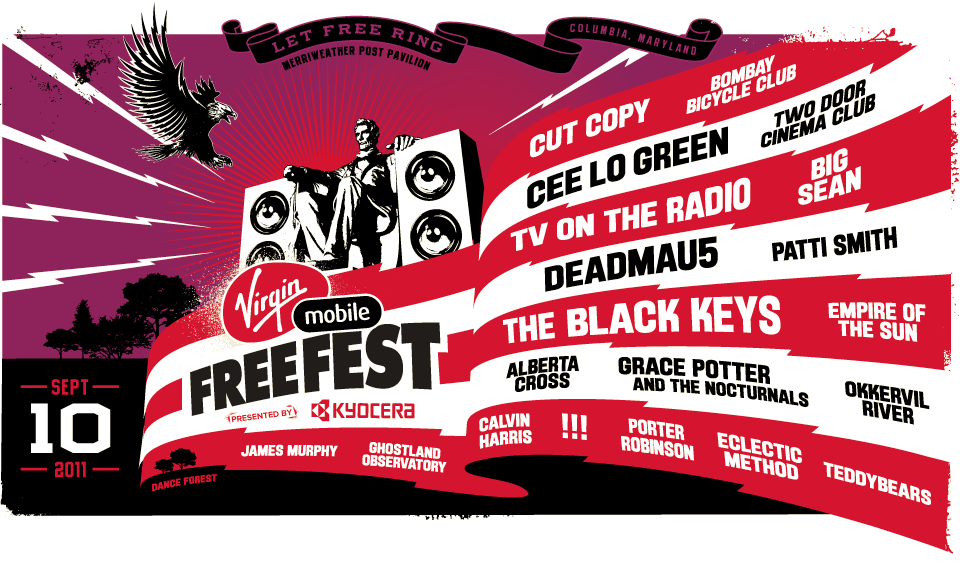 Virgin Mobile FreeFest revealed its 2011 lineup today in a YouTube video featuring Richard Branson and music fans from across the country. The free, one-day festival is set to take place on September 10th at Merriweather Post Pavilion in Columbia, MD. The impressive lineup will span two main stages and a dance forest, and features heavy-hitting names such as The Black Keys, Deadmau5, TV On The Radio, James Murphy, and more. Tickets go “on free” to the general public this Friday, July 15th, at 10 a.m. In order to obtain a ticket, fans must first ‘like’ Virgin Mobile Live on its Facebook page. Virgin Mobile customers and festival-goers from the past five years will be eligible for a private “free-sale” on Thursday, July 14th, also taking place on VML’s Facebook.