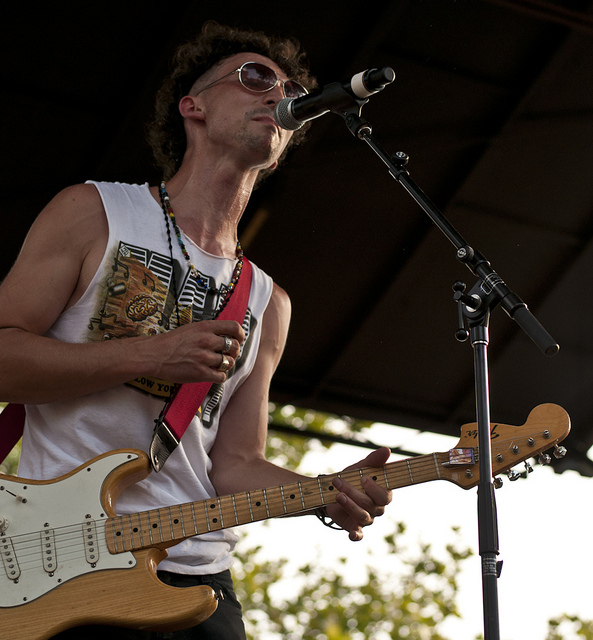 As the second act at this year’s XPoNential Festival, Nicos Gun had not a few of us up and dancing to their funky electronic beats, despite the heat and the early hour. With beach balls flying around, cold beers in hand, and a breeze coming off the Delaware, it’s clear that the high temps aren’t killing the 2011 fest. Nicos Gun, with their local draw and psychedelic cool, are definitely helping us beat the heat. —Bekah Larsen

You can listen to the audio of the full performance here; videos can be found here.

You can read Part 1 and Part 2 of our epic conversation with the band here. The band’s Key Studio Session—which we released earlier this week—can be found here; two of those tracks also appear on our new Key Studio Sessions 2011 XPoNential Music Festival Sampler (which also features exclusive tracks by Johnny Miles And The Waywards, Andrew Lipke, Matt Duke and Kuf Knotz).