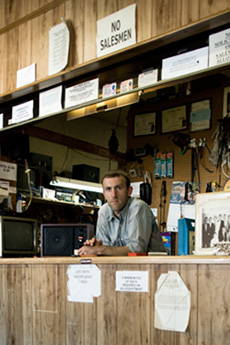 RJD2 tweeted and posted on his Facebook page that he’s performing at Penn’s Landing today at 1p.m. He’s part of the HP Jam Session starting today through Sunday. According to the Facebook event page RJD2 is “playing at approximately 1pm. (time subject to change).” The other day we posted here about a new album coming from RJD2, his collaboration with singer and guitarist Aaron Livingston called Icebird. The album, called The Abandoned Lullabye is out October 11th with a show at Union Transfer on October 24th. Download a new song here.