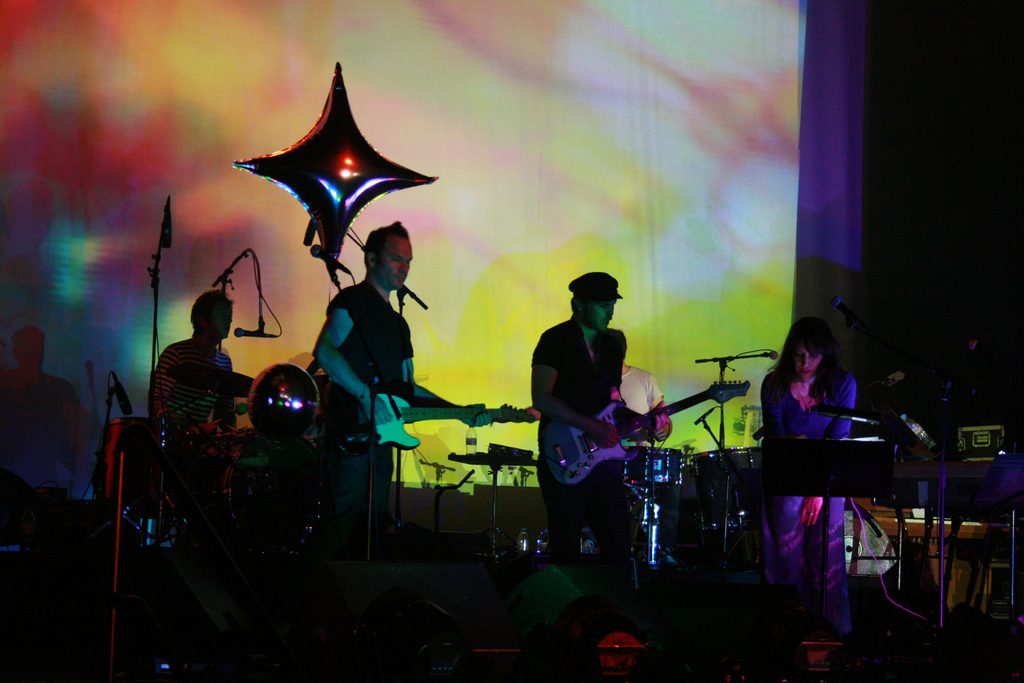 As part of July’s Days Off Festival in Paris, a well-known group of artists took the stage to perform a tribute to The Velvet Underground’s legendary 1967 debut record The Velvet Underground & Nico. Radiohead’s Colin Greenwood, Air’s Nicolas Godin, Soap&Skin, and The Hot Rats (Radiohead producer Nigel Godrich and Supergrass’ Danny Goffey and Gaz Coombes) covered the album in its entirety for the aptly titled Velvet Underground Revisited concert. The group was joined by guest vocalist Feist for the album’s third track, “Femme Fatale,” which you can listen to below via TwentyFourBit.

WXPN will be celebrating World Cafe’s 20th anniversary this October, and the weekend-long festivities will include performances by Feist and Robbie Robertson at World Cafe Live on Saturday, October 29th. Friday’s performers have yet to be announced, while Sunday, October 30th will feature a performance by Amos Lee exclusively for WXPN donors. Tickets for all of the shows will become available on Thursday, September 1st. WXPN is also holding a contest for three luxury trips to the anniversary celebration; more information can be found here and you can sign up to enter here.