With a hard-hitting lineup split between two stages at the Festival Pier, there’s no doubt that this weekend’s punk rock extravaganza, Riot Fest East, is going to be an exciting, exhausting, exuberant day. For fans of the Philadelphia/Lehigh Valley Scene circa 1996, it will be especially so, since cult favorites Plow United and Weston reformed to play the big show. Both groups stopped by WXPN this month for semi-acoustic Key Studio Sessions; Plow took a rockabilly/folk approach with theirs, moving in step with singer-guitarist Brian McGee‘s impressive body of work as a solo artist, while Weston’s performance wound up floating in a dreampop reverie (they even play an unreleased new cut called “Love And Rockets”). Neither group sounds like you’d expect them to when your point of reference is loud amps and pounding drums, and that’s exactly what I love about these recordings. Tune in to XPN2 tomorrow at 7 p.m. for an extended Key Studio Sessions Hour; you’ll hear both band’s full sets (which included covers of Sam Cooke and The Pixies), Jake Rabid’s interview with Weston, and my interview with Plow—wherein they make a big announcement or three. (More tracks by Plow United, Weston, and Brian McGee after the jump.) 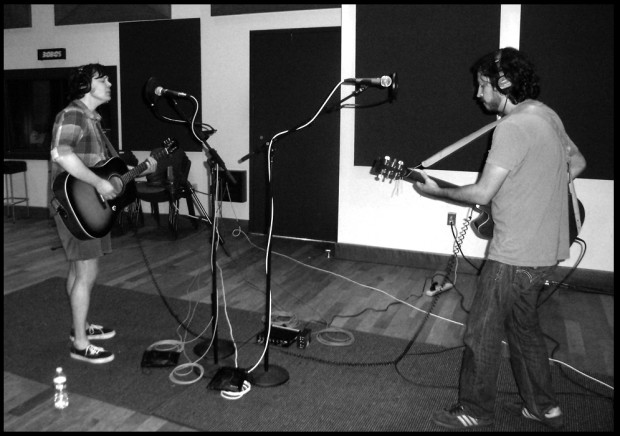