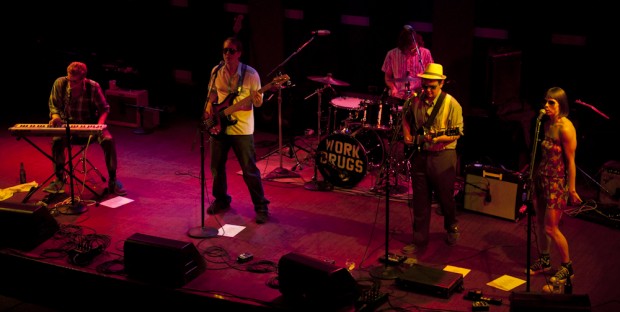 Out today: the debut album from Work Drugs, Aurora Lies

Work Drugs released its debut full-length album Aurora Lies today. The band has been releasing a series of singles since its debut “Third Wave” was released last December. You can listen to the new album and purchase it below. In case you missed it: Go here to listen to and download songs from The Key Studio Session Work Drugs did in August.