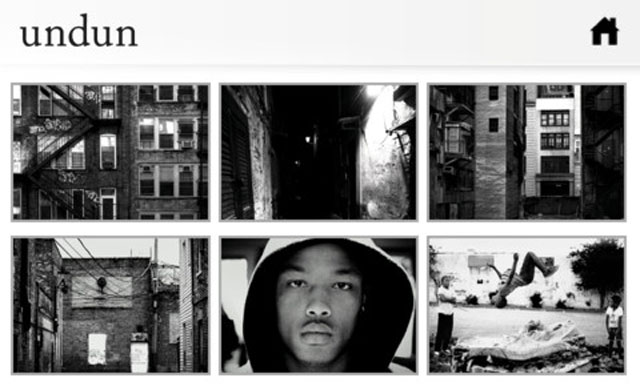 Download The Roots’ undun app (for iPad and iPhone) for free

We were so busy listening the free streaming audio of The Roots upcoming album, undun (due Tuesday, December 6th) at NPR Music that we didn’t notice the news earlier this week about the new companion app for the album. You can read the official description below.

The un(dun) app is a companion piece to the The Roots 2011 (Island Def Jam) release undun. Through the use of photos, lyrics, a series of interviews and music video vignettes, the app provides an immersive experience that elucidates the life and times of one Redford Stephens (1974-1999), a complex youth who struggles to define himself within a troubled inner city milieu and dies in the process.

We’re still waiting for the (massive) app to download, but Dan Solomon over at MTV Hive offers this glowing review:

The app uses three main components to create this connection: First, there’s “The Redford Stephens Documentary,” a series of six video clips that tell the story of undun’s fictional protagonist via interviews with friends and family, interspersed with music videos for four of the album’s fourteen tracks. Then there’s the lyrics tab, which is fairly standard for these things, but an important part of an app designed to elucidate a concept album. Finally, there’s a collection of rich black-and-white photographs, ostensibly of Stephens and his Philadelphia home. These look great on the iPad, though they may get lost a bit on the iPhone or iPod Touch. It’d also fill most iPads to capacity pretty quickly –- at nearly half a gigabyte, undun is massive, but quality doesn’t come quick, and it’s a small price to pay.

The app is currently free for a limited time. Get it while you can.