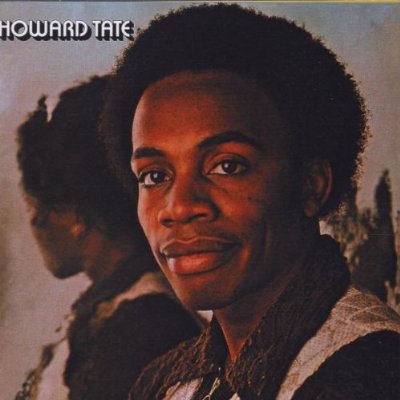 R&B singer and songwriter Howard Tate passed away last Friday, December 2nd, of complications from multiple myeloma and leukemia at the age of 72. Born in Macon, Georgia in 1939, Tate and his family moved to Philadelphia in the early 1940s. One of Tate’s most popular songs, written by Jerry Ragavoy and Mort Shuman, was “Get It While You Can,” popularized by Janis Joplin. It was with Ragavoy that Tate recorded his best work including his 1966 debut album, Get It While You Can, and 1972’s self-titled release, his one and only album he recorded for Atlantic Records. Before his solo career, Tate was a member of the North Philadelphia doo-wop group The Gainors with Garnett Mimms.

Despite recording an excellent body of work, by the mid-’70s Tate threw in the towel as a musician. According to the New York Times:

He abandoned the music business in 1975. He sold securities to support his wife and six children but after a 13-year-old daughter died in a house fire the following year, his 19-year marriage ended and he descended into a world of drugs and alcohol. By 1983 he was living on the streets of Camden, sleeping in doorways or abandoned cars. “I turned to alcohol, drugs and cocaine,” Mr. Tate said in a telephone interview. “It took me down so low, I became homeless for 10 years. I was so bitter when I left the industry that I swore I would never give a glass of water to anybody in the music industry if I saw them dying of thirst.”

In the mid-’90s Tate had a religious experience that led him to become a preacher and he founded a local church. He also had a musical reunion with Jerry Ragavoy. The album they recorded together, Rediscovered was released in 2003.

Despite the fact that Howard Tate managed to graze the Top 50 a few times, his impact on the world of music was largely an artistic triumph and a commercial failure. ‘Get It While You Can’ is one of the great, shoulda/coulda/woulda stories of it’s day. When you add up all the talent involved, and the incredible performance (I’d rate it alongside great soul ballad tours de force like Otis Redding’s ‘Try a Little Tenderness’ and James Carr’s ‘Dark End of the Street’), the end result should have been a huge hit, well remembered by one and all and dragged out perennially as an example of all that was great about 60’s soul.