Watch the February episode of Shaking Through, featuring Philly's Strand Of Oaks - WXPN 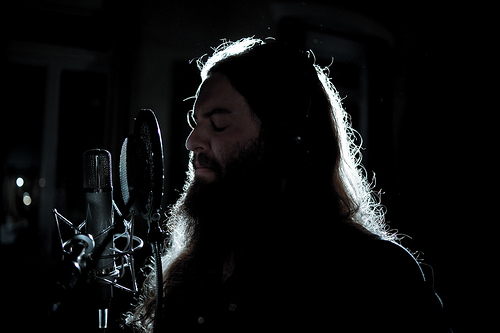 Watch the February episode of Shaking Through, featuring Philly’s Strand Of Oaks

Philadelphia singer-songwriter Timothy Showalter (AKA Strand Of Oaks) is this month’s Shaking Through artist. The new episode was curated by Chris Ward of the band Pattern is Movement (and Promotions Manager at Johnny Brenda’s) and features Ward and Eliza Jones of Buried Beds. The session was produced by Brian McTear and engineered by Jonathan Low at Miner Street studios in Fishtown. After quitting his job teaching second graders, Showalter pursued music and released the first two Strand Of Oaks records, Leave Ruin and 2010”s fantastic Pope Killdragon—an album of imaginative storytelling and haunting indie-folk. He recently completed recording his third album and took time out to record “Spacestations” for Shaking Through. Those familiar with Strand Of Oaks’ music will hear an immediate departure and evolution in this new song from the sparseness of his previous work to a more evolved, fuller band sound. Below, download the song “Sapcestations,” and watch the new episode video. Go here for more information about the session and to watch additional videos about the making of the song.