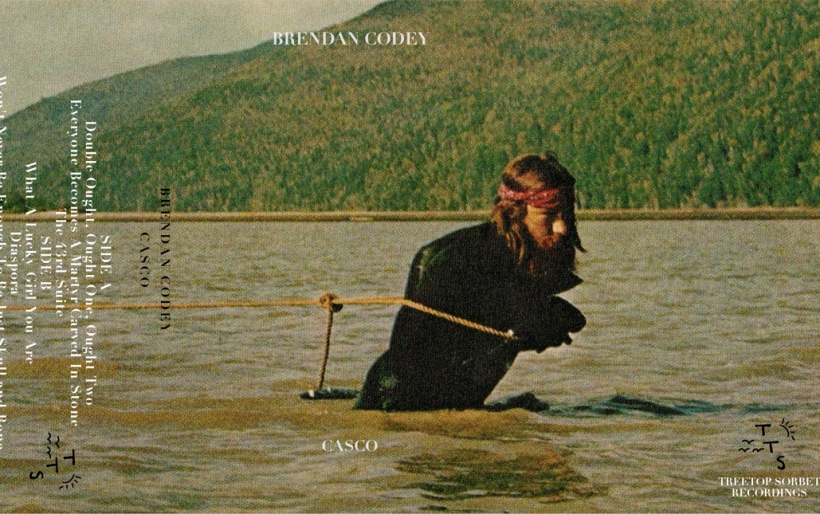 Philadelphia songwriter Brendan Codey just released his latest collection of spacey jams: the Casco EP, available through Treetop Sorbet Recordings, the cassette label run by Arches’ Julien Rossow-Greenberg. The set was recorded over several years, and in several locales – a bedroom in New Jersey, apartments in Maine and Chicago, and his current home in Philly – and is a fine survey of the tones and textures Codey has explored thus far in his recording career. “Diaspora” showcases his nimble folk-style acoustic fingerpicking; “What a Lucky Girl You Are” blends that with spacey backwards loops similar to his debut EP A Bottle House Vernacular; “The 43rd Suite” is a straight-up space rock anthem in the vein of “Twelfth Page” (spotlighted last year in the Philly Local Philes). Codey says a few of the tracks are destined for a full album he plans to release later this year, tentatively titled Phoenicia 1995. We’ll keep you posted with more on that release as it develops, but in the meantime, listen to the current release below – you can also order it from the label here.