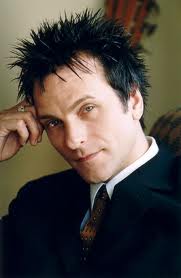 Tommy Stinson will perform a Free At Noon Concert at World Cafe Live on Friday, March 9th. The former Replacements bass player (and current bassist of Guns N’ Roses) is touring behind his latest solo album, One Man Mutiny, which he self-released last year.

Tickets become available to the general public tomorrow afternoon following the Free At Noon performance by Jessie Baylin and Good Old War; for earlier access to Free At Noon tickets, sign up for WXPN’s weekly email newsletter—you’ll be able to RSVP on Thursday mornings, immediately after the performing act has been announced.

As always, check back with The Key on Friday afternoon after the show for additional coverage, including a recording of the full performance.