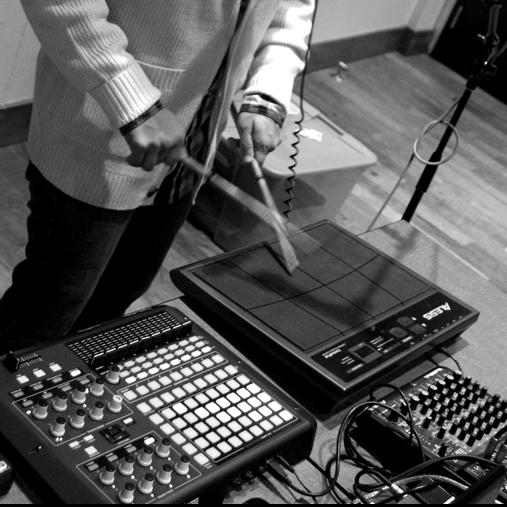 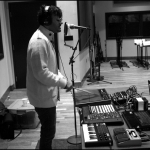 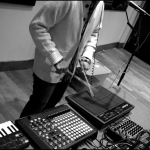 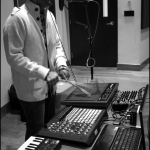 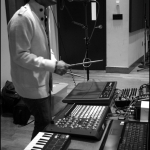 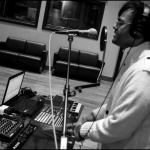 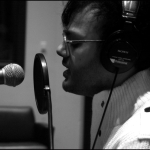 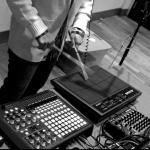 Typically when an artist pulls up at WXPN studios to record a session for the Key, the first thing I ask if they need help loading in – a handtruck, an extra set of arms, that sort of thing. When I posed this question to Philadelphia’s Raj Haldar a month ago, I got a friendly chuckle in return. “I think I’ll be fine,” he told me as he emerged from his car with a single bag of gear. Über-portability is something his psychedelic hip-hop outfit Lushlife strives for – Haldar said a goal in touring his one-man show is to be able to give an energized, compelling performance, fitting everything he needs in a single flight case. Once in the room, he set up MIDI controllers, a keyboard, a mixer, a laptop, and sleigh bells across a table and proceeded to deliver. His voice is fierce, and his presence is animated. He can turn the most nuanced bit of gear-tinkering – using drumsticks to trigger the subtly rhythmic, ethereal chimes in “Gymnopiede 1.2” into something enthralling. Below, you can download his performance – which draws largely from Lushlife’s soon-to-be released full length Plateau Vision, as well as its warmly-received 2009 release Cassette City. Tune in to XPN2 tomorrow night at 7 to hear an interview with Haldar during The Key Studio Sessions hour. Austin-bound folks can catch Lushlife at next week’s South By Southwest festival. And those back home, keep your eyes peeled for news of the record-release extravaganza Haldar is planning in Philly when Plateau Vision comes out on April 17.