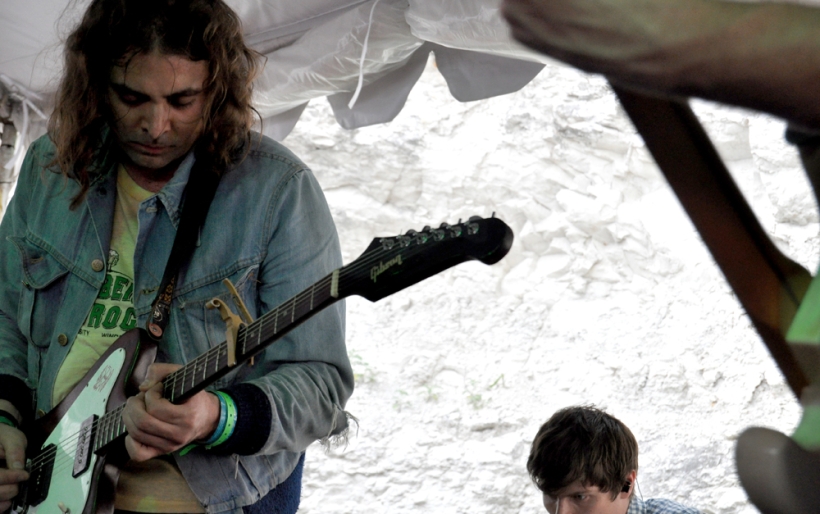 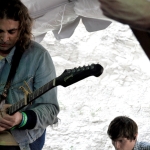 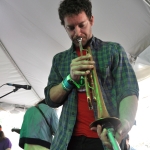 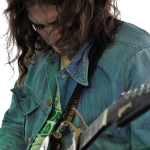 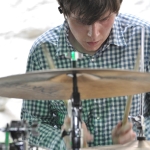 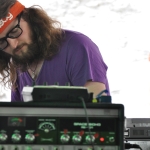 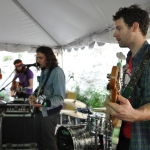 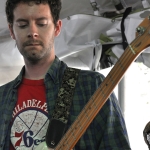 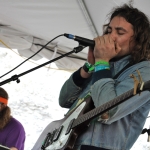 For their final show in a long weekend making the SXSW rounds, Philly’s The War on Drugs gave a rousing performance on The A.V. Club Showcase at Club De Ville Saturday afternoon. The hour-long set drew largely from the band’s epic 2011 release Slave Ambient, dipping back to their 2008 debut Wagonwheel Blues for “Buenos Aires Beach” and “A Needle In Your Eye #16.” Among the highlights were bassist Dave Hartley playing a trumpet through his network of delay pedals; Adam Granduciel’s invigorating vocal performance on “Come to the City”; and a moment during “Your Love is Calling My Name” where the insistent rhythm and pounding bass made empty beer cans left along the P.A. system dance. At least that’s what it looked like in the afternoon heat. Take a look at a short video below and judge for yourselves.