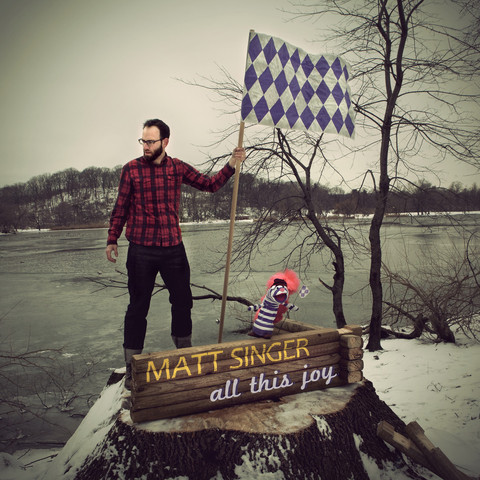 Video debut: “All This Joy” by Matt Singer

Singer-songwriter Matt Singer brings a sense of humor and well-crafted pop sensibility to his songs. Signed to New York’s fantastic Family Records, Singer debuted in 2008 with The Drought EP; he releases his full-length debut, The Build, on April 26th in the Family Records store. The album will be released on May 1st (digital and otherwise) to the rest of the world. Singer has a charming and precious Paul Simon thing going on in his songwriting; clever arrangements and sharp storytelling are hallmarks of his songs. The first single from the album, “All This Joy,” is an enthusiastic indie-folk tale. You can stream the song and watch the video below. The video for “All This Joy” was directed by Jesse Garrison and produced by Melissa Creighton and Matt. The puppetry comes alive in this joyful visual interpretation of the song. Go here to purchase the single and to discover more about Matt Singer.

All This Joy – Matt Singer by Family Records