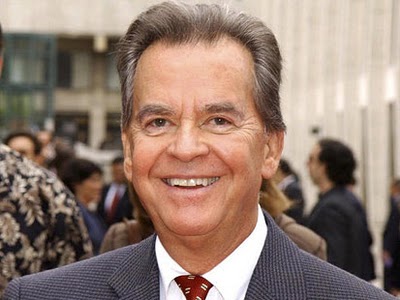 Television icon Dick Clark passed away today at the age of 82. Clark was the longtime host of the influential TV show American Bandstand, which was based out of Philadelphia from its premiere in 1952 before moving to Los Angeles in 1964. Clark hosted the show from 1956-1989. Below, you can watch a video of Philadelphia’s own Bobby Rydell, Fabian Forte, and Frankie Avalon performances during the show’s 33 1/3 Anniversary Special, as well as videos featuring an appearance by Hall And Oates and a handful of other classic performances.