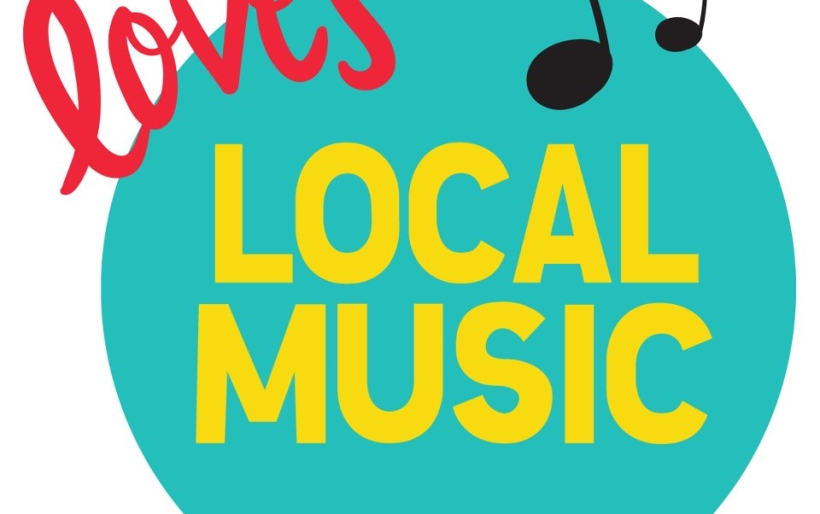 Monika Julien is the founder of Loves Local Music, a new organization dedicated to promoting Philly’s local music scene and supporting the local cultural economy. Currently a senior at Drexel University, Julien has been active in the local music scene throughout her college years. She’s a ska music fan, and hosts a weekly ska show at WKDU called University Goes Ska. Julien also served as the Drexel station’s Program Director during her freshman and sophomore years. A musician, she’s promoted, booked, and managed bands. Loves Local Music’s first “event” takes place on Saturday, May 12th, with Philadelphia Local Music Day, where local businesses will be playing recordings of five featured local musicians for one full workday, with the intention of increasing awareness about these bands. The five bands that will be featured include Cheers Elephant, Work Drugs, Bandname, Buried Beds and The Extraordinaires. Businesses including Johnny Brenda’s, The Rocket Cat, Repo Records, Federal Donuts, The Lola Bean and many more will be playing music from these five bands throughout the day. WXPN will also be featuring the music of these band’s throughout the day during it’s programming. The Key recently did an e-mail interview with Monika Julien, founder of Loves Local Music about this exciting, new initiative.

The Key: Why did you decide to start Loves Local Music?

Monika Julien: Being a musician and having played in bands, I know how difficult it is to get people to come to your shows, buy your records, and even just listen to your music. Today, bands have to get creative about how to promote their music – it’s not always as easy as putting your songs on the internet. Musicians are creative by nature, but I believe a great businessperson is equally as creative. I’m looking forward to using Loves Local Music as a platform to take an artistic and innovative approach to business and promotions for musicians. I have had the opportunity to meet people across the country that have launched local music initiatives in their cities, and because Philadelphia is so community-driven, I felt that bringing together the local music scene and local businesses is something that this city would totally embrace. And it is! I have been inspired by people who have taken a proactive role in promoting local culture and unifying their community, and I hope Loves Local Music inspires others in the same way.

TK: Philadelphia Local Music Day is on May 12th. This is the first “activity” you guys are doing. What other things do you have planned?

MJ: There are already plans to make Philadelphia Local Music Day an event that occurs multiple times a year, each time featuring new musicians and some new surprises. There are also ideas in the works for a few other events that will give musicians the opportunity to gain exposure in some unique ways. You will hear about them soon.

TK: What would you consider to be a successful outcome of the first Loves Local Music day?

TK: You’ve been involved in the local music scene for the last several years; what do you like about it?

MJ: First and foremost, the music! Honestly, there wouldn’t be Loves Local Music or Philadelphia Local Music Day if this city wasn’t full of amazing musical talent. On a personal level, most of my best memories in Philadelphia involve playing shows and going to shows, working with local bands and seeing them grow. Loves Local Music is definitely a vehicle for me to tell the world how great Philadelphia’s musicians are and bring attention to the city’s local music scene. I also love the sense of community and collaboration within Philadelphia’s music scene. Of course there are amazing bands, but there are also visual artists, graphic designers, videographers, promoters, venues, bloggers, radio stations, record stores, even the people that are willing to host shows in their basements all working together to help the Philadelphia local music scene thrive.  We couldn’t do it without each other. It’s the DIT ethic – “Do It Together.” While Loves Local Music is primarily focused on promoting musicians, I also hope that an event like Philadelphia Local Music Day encourages people to support the city’s local economy; Philadelphia is home to so many amazing local businesses as well as musicians. I’m trying to bring them all together.