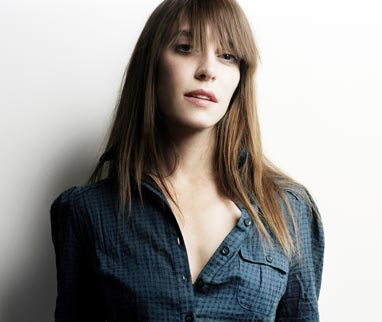 True powerhouse vocalists don’t have to strain much to differentiate themselves. Indie-folk singer and songwriter Leslie Feist—who is known for her laid back, graceful and sometimes jazzy folk tunes—has built a successful musical career around her easily distinguishable set of pipes. The video for her smash-single “1,2,3,4,” which was featured in a 2007 iPod commercial, demonstrates the simplicity with which Feist conducts her livelihood—it is nothing but one single, continuous shot of modest choreography performed by dancers in solid-colored costumes, yet the exposure pushed Time magazine to rate the song No. 2 among “The 10 Best Songs of 2007.” Feist performs with Timber Timbre at 8 p.m. at Academy of Music; tickets to the all-ages show are $27.50-$47.50. —Lisa Henderson

WXPN Welcomes The Spinto Band‘s May residency at Kung Fu Necktie every Tuesday in May starting tonight. A week ago, The Spinto Band released their new album, Shy Pursuit; tonight, they kick off their month-long residency celebration with Purples and Alec Ounsworth. Other openers include Nightlands and Via Audio on Tuesday, May 15th; The Extraordinaires and Heyward Howkins on Tuesday, May 22nd; and Cheers Elephant and Langor on May 28th. Go here for tickets and more information about the shows. The Spinto Band have compiled a free sampler of the bands playing the Kung Fu Necktie shows that you can download here. The band recently stopped by the XPN studios to record a Key Studio Session. You can download a sneak preview of it here.