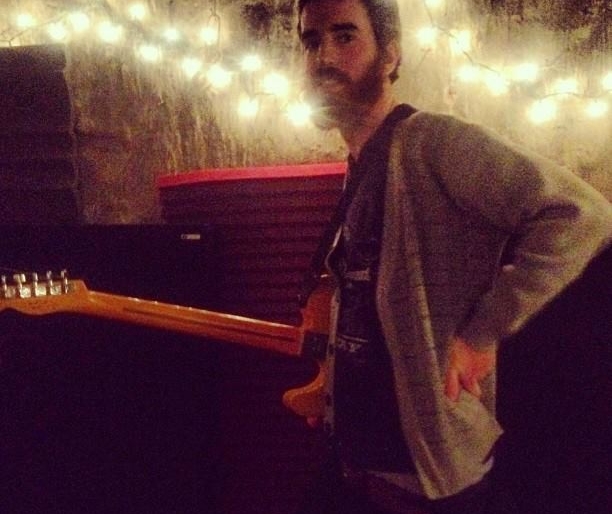 If you’ve been following our Key Studio Sessions, you’ve seen and heard Daniel Ryan Belski in action already. He was the charismatic redbearded lead guitarist in our video session with Arrah and the Ferns, and he also was a counterpoint player when Lady recorded their session last year. But Belski was a songwriter in his own right before getting involved with either of those bands, recording and performing first under the name The Divine Lorraine, and later under his own name. Now, the collection of songs he’s been toiling over for the past two-plus years is about to see the light of day in the forthcoming release They Always Haunt at Night, and we couldn’t be more excited for him. Below you can check out the EP’s first single, “Seems To Last Forever” – it begins as a folk-pop song with a slick bass groove, but adds sophisticated symphonic flourishes as the song progresses, ending up with a snappy three-and-a-half minute piece that’s tonally rich and has us itching for more. Thankfully we won’t have to wait long – Belski is throwing an EP release party at PhilaMOCA on Friday, June 29, with Key favorites Adam and Dave’s Bloodline and Lion Versus.