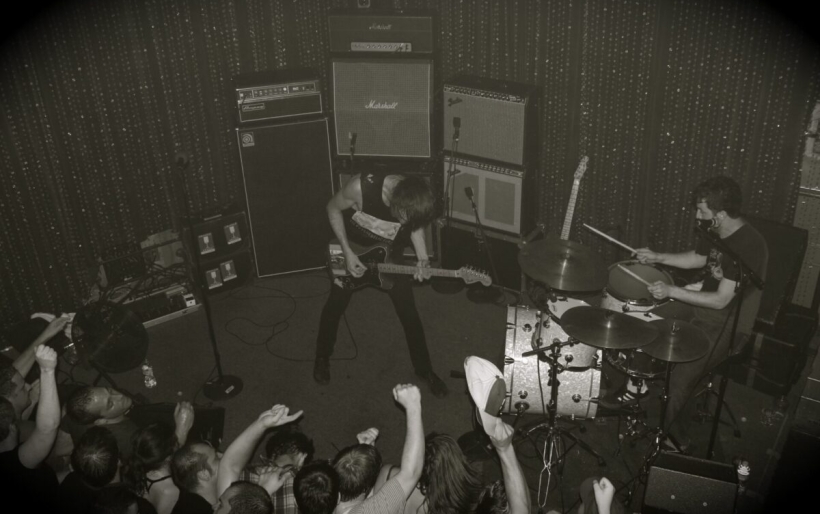 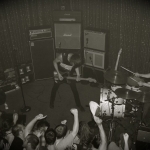 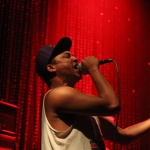 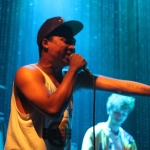 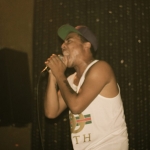 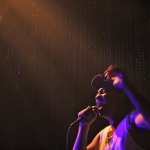 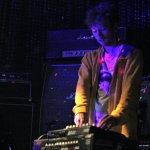 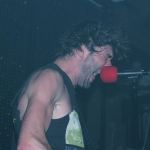 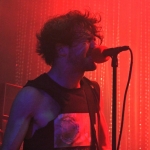 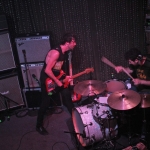 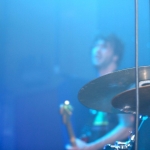 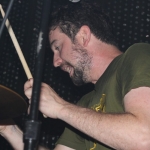 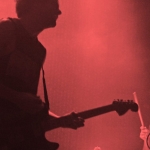 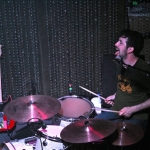 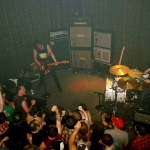 “Who knew only two guys could make so much noise?” said one concert goer at the Japandroids show at Johnny Brenda’s this past Friday night. A two man band is extremely possible to get a crowd moving, however Japandroids – consisting of Canadian rock duo, Brian King and David Prowse – wasted no time in rocking the sold-out Johnny Brenda’s. Japandroids have two self-released EP’s, and two full length albums out. Last month they released Celebration Rock, a truly celebratory rock record.

The energy at the Fishtown venue was palpable even before anyone stepped onto the stage. On one of the hottest days of the summer and a sold-out performance, this was bound to be a sweaty show. At just around 9:20 PM, Brian King announced the opening rapper, Cadence Weapon, also from Canada, who tore up the stage and brought a spark of energy to the already hyped crowd. The crafty rapper also did two songs over other artist’s instrumentals; one included “88”, produced by Grimes, and another entitled “Loft Party” with instrumentals by Philadelphia’s own Meek Mill. Cadence Weapon’s latest release is Hope in Dirt City, and you can check out the song “Loft Party” from the show below.

Japandroids came on stage quickly after Cadence Weapon’s excellent performance. The duo is known for their blending of punk and garage rock and recalls Nineties’ rock bands like New Found Glory and Sugarcult with a modern twist. It’s a rarity to hear true rock ‘n roll in this day and age, with the simplicity of just vocals, a guitar, and a drum set. Brian King’s powerful voice gave a burst of energy, rejuvenating the crowd with wild ballads and heavy power chords; while David Prowse’s drumming created a juxtaposition of steadily out of control rhythms.

Opening with “Boys Are Leaving Town” from Post-Nothing, then dove into an extended version of  “Adrenaline Nightshift” followed by “The Nights of Wine and Roses” which King openly admitted to stealing the title from the band The Dream Syndicate; one of two bands that influenced him while writing the album over the course of a year.

Right before the the duo played my personal favorite, the somewhat slower “Continuous Thunder,” I sought some respite in the balcony. The song has a catchy hook and lyrics that leave an impression on you; “If I had all the answers/And you had the body you wanted/Would we love with legendary fire?” Next, they played “Fire’s Highway,” and the crowd was getting so into the show that they were pounding their fists in the air as well as on the stage, and wildly moshing about. This was one of the craziest and fun shows I’ve been to at Johnny Brenda’s.

In addition to being influenced by The Dream Syndicate while working on Celebration Rock, Japandroids were also influenced by Philadelphia natives, The War on Drugs, for whom Japandroids dedicated the last song of their set, “For the Love of Ivy.”  It was truly incredible to get such a crazy, intense show out of just vocals and two instruments; Japandroids just proved that rock ‘n roll is far from being dead.