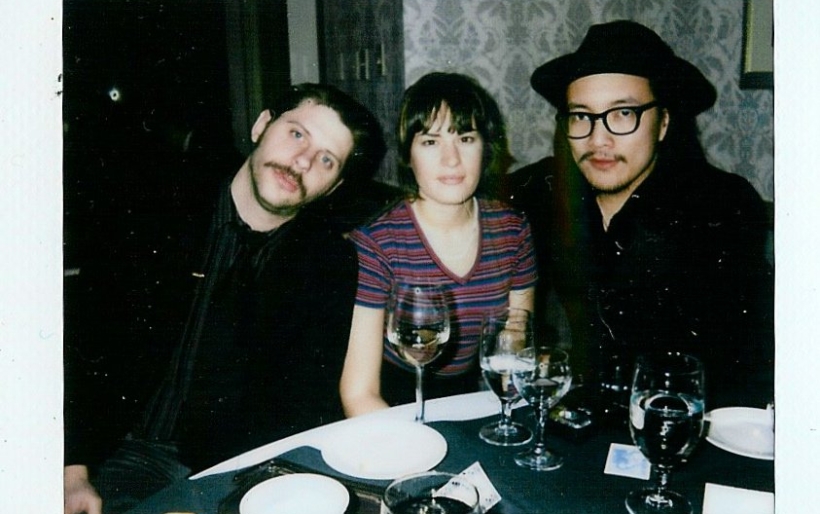 A couple weeks ago our pal Mark who writes the always excellent YVYNYL music blog, turned us on to a new band called Attic Dancers. We instantly fell in love with the band’s “Another Knocker,” a catchy piano based indie-pop gem from the band’s album Carrier. Impressed not only by the song, we are also struck by the confident beauty of lead singer Carly Brand’s voice. Attic Dancers are a three piece based out of Philly, and all three members of the band are originally from New Jersey. In addition to Brand the band includes drummer Joe Boldizar, who is the co-owner of Retro City Studios in Germantown, and guitarist/keyboardist Sean Hur. They recorded and produced the album by themselves at Retro and at their home studio, Fools Crow Studios, in Hightstown, NJ. The band are playing Kung Fu Necktie on Saturday, August 18th opening – along with Language Problem – for Philly’s dream-pop duo Lockets. Carly sites the “strong melodies and emotional impact” of artists like Kate Bush, Nirvana, Otis Redding, Elliott Smith, Wilco and Leonard Cohen important to her musical upbringing. Collectively the band has a broad range of musical interests. Their nine song album blends indie-pop and psychedelic rock with just enough careful experimentation to allow these songs to stand out amongst a very crowded musical landscape. Below, listen to “Another Knocker” and watch the video for “Boss Throw.”