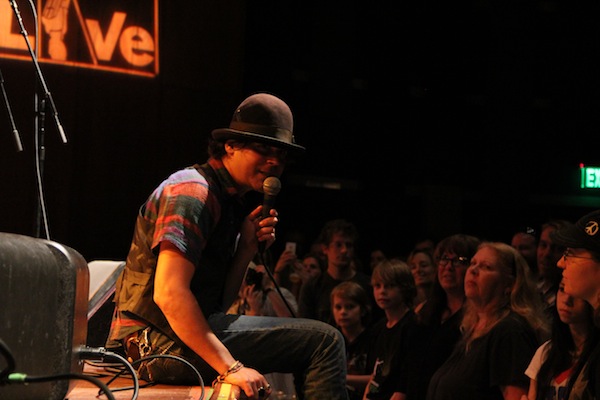 Listen to Langhorne Slim’s Free At Noon (and photo recap) 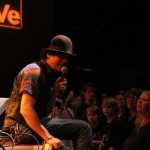 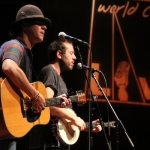 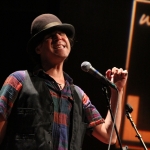 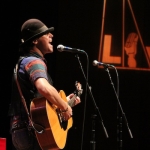 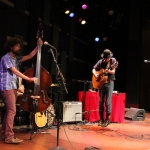 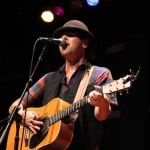 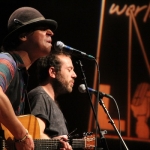 When local boy Langhorne Slim (real name Sean Scolnick) took the stage at World Cafe Live for today’s Free At Noon concert, his face was obscured by a brown derby hat pulled low over his brow. But for all the enigma of his visage, the songs that he brought forth were resonatingly clear. Langhorne Slim and the Law offer no gimmicks, no glitter. Theirs is a feel-good folk rock sound, simple and clean. That simplicity gives their music the power to shoot straight to the heart, to — as Slim said — “lift your spirits, and then bring ’em back down.” He sings with deep earnestness to the lost loves of his life: his grandfather, old lovers, and some ambiguous other who — for all his sincerity in performing — could be us. And though many of his songs contain enough emotion to move one close to tears, the band establishes that poignancy is not their only stomping ground. The band offered plenty of joyous, rollicking numbers spiced with tambourine and claw-hammer banjo. Slim tromped around the stage in tall black cowboy boots, taking in the crowd and accidentally unplugging microphones in his excitement. As the set came to a close, he surveyed the congregation of those who had escaped the hot afternoon to hear him play. Laughing, he took up the mic. “I called all your bosses, and you do not have jobs any more.” Listen to the audio here. All photos by Melody Chiang for WXPN.
Related Content
View All Related Content