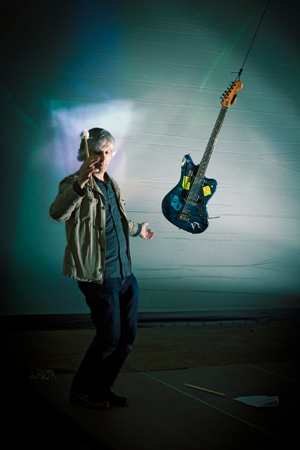 Electric guitar wizard and Sonic Youth co-founder Lee Ranaldo teamed up with one of his 80s alt-rock brethren – J Mascis of Dinosaur Jr. – to cover the instrumental Fleetwood Mac number “Albatross,” a song originally recorded in 1969 and released during the Mac’s heady pre-Buckingham / Nicks era. You can stream their cover below, and compare it against a live BBC performance of the original from 1970. “Albatross” will appear on Just Tell Me That You Want Me: A Tribute To Fleetwood Mac, which will be released in August by Starbucks’ Hear Music label, and will also feature contributions from Best Coast, Marianne Faithful, The New Pornographers and Tame Impala. Lee Ranaldo Band will be joining us next week for the XPoNential Music Festival; they play the Jersey Arts Marina stage on Saturday at 4:45 p.m. You can pick up your tickets or passes here; early bird prices for the festival have been extended through July 11.