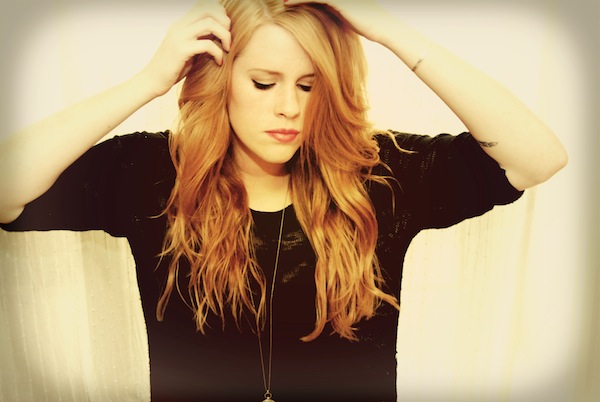 Lucy Stone is a 20-year-old Drexel Music Industry program sophomore who has recorded with Rusted Root, opened for Dirty Projectors and played with numerous Philadelphia area bands since she was 14 years old. Now she and her band are opening for Gold Motel tonight at the North Star Bar where they will be selling a limited number of copies of their new EP, Small Treasures. We recently talked to the local songstress to get the details on how she got into playing music, what is was like cutting her teeth in the Philly music scene as a teenager, her various musical collaborations, recording the new EP, what to expect from her band’s show tonight, and what’s next for Lucy Stone.

The Key: You grew up in the Philadelphia area, right? How was that?

Lucy Stone: Yes, I grew up right outside of Philadelphia. My friends and I quickly ran out of things to do in our neighborhood so we took the train into the city almost every day. I spent most of my middle and high school years running around the city like a maniac, seeing and playing shows.

TK: What music did you listen to growing up?

LS: When I was little I really looked up to my dad and listened primarily to all the music he has collected over the years. When I was a kid The Beatles, The Beach Boys, Led Zeppelin and Radiohead [were] always in heavy rotation at our house. He also introduced me to some of my all-time favorite artists like Belle & Sebastian, Elliott Smith and The Flaming Lips. My dad has much better music taste than I do.

TK: When did you first start making music?

LS: I first started writing songs when my mom bought me my first guitar at 11. We had stopped in to a music store to pick up some Clarinet reeds (I was really into concert band in middle school) and my mom saw two guitars that the store was trying to get rid of. She had played guitar and banjo in high school and decided to pick up the guitar again, so she bought a guitar for herself and one for me. It was a little classical guitar, and I taught myself how to play using a bunch of her old songbooks. After about a month I had started to write my own songs and haven’t stopped since.

TK: How did you start getting involved in the local music scene?

LS: I played the open mic night at MilkBoy coffee house almost every week for two years. I met a number of kids there who were my age and we started collaborating. I started my first band with my best friend Jamie when I was 14. We were called Uke Ellington and we played Ukulele, Mandolin, Guitar and Upright Bass. We played all over Philadelphia and the surrounding ‘burbs, and actually got the chance to open for our favorite band, Dirty Projectors.

TK: How many bands have you worked with since you started playing?

LS: In high school I was in an out of 10 different bands, two of which, Dancefloor Diplomacy and Marigolds, I am still a member of.

TK: Do you have any formal musical training?

LS: I never took formal music lessons, but I was a member of a private girls choir in high school. It didn’t last long; they weren’t big fans of my purple hair back then.

TK: What are your main musical influences?

TK: How did you form your current band?

LS: I met Brandon Bost at [Drexel] a little over a year ago; I am a big fan of his band Wild Rompit and was really impressed by their EP “Brotherhood”, which Brandon produced himself. I asked him to help me record a solo EP, and during pre-production we began expanding the arrangements for a full band. That’s when Paul Impellizeri, Isaac Louis and Sean Donaghy jumped on board. They are a really talented bunch of guys and I love working with them.

TK: You just released a new EP; Tell us about that.

LS: Initially we posted the EP to a Bandcamp site to circulate it to friends and family. It wasn’t until Bruce Warren posted about the EP on The Key that it really made its way into anybody’s hands (thanks Bruce!). About a week after that we won the Philadelphia Deli Magazine’s “Artist of the Month”. Since then we’ve been getting really positive feedback, and have been lucky enough to have some really amazing people offer their time and resources to help us out.

TK: Tell us about your collaboration with local band W.C. Lindsay.

LS: Will “W. C.” Lindsay is one of my best friends and all-time favorite people/musicians. Lucky for me, I’ve gotten to perform with him a number of times over the past couple of months–which entailed impromptu trips to Nashville, and driving for 9 straight hours from Ohio to New Jersey in the middle of the night. Just goes to show that if you can sing and drive a van full of sleeping boys, you get to join the band! W. C. Lindsay is an incredible project to watch, listen to, and be a part of.

TK: What’s your take on the Philly music scene?

LS: The thing I love most about the Philadelphia music scene is how diverse it is. I’ve gotten to be a part of so many different kinds of groups, and have met so many musicians, yet it all comes full circle. It seems as though everyone knows each other and the support that stems from such a community makes me very proud to be a part of it.

TK: What are some of your favorite Philly artists/bands?

TK: What can we expect from your show at the North Star Bar?

Tears. (Just kidding). But it is our last show in the Philadelphia area for a few months. We’ll be playing a number of new songs for the first time, and we just pressed a limited number of our EP, which we’ll have for sale. We’re playing with Gold Motel, a really tight female-fronted band from Chicago/LA. We listen to them all of the time so playing this show is really an honor for us.

TK: Any projects/collaborations/recordings in the works?

I actually just finished working with Rusted Root on their upcoming album. Paul [Impellizeri, bass player/manager of Lucy Stone,] and I went to Pittsburgh a couple of times earlier this year and finished up at Studio 4 in Conshohocken late last week. The whole experience was really incredible, seeing first hand how they develop their songs and getting to be a part of such a creative project is very inspiring. I worked directly with Michael, Liz and Pat, and they are honestly the nicest, most encouraging people I have ever met. We’re playing with them on July 27th at the Stone Pony in Asbury Park and we’re all extremely excited to see their live show.

TK: What’s up next for Lucy Stone?

LS: We’re currently researching places to record our full length and have been writing quite a bit in preparation for our fall tour. Everything has been happening at lightning speed so we’re really working our butts off to prepare ourselves. Being this busy doing something you really love is the best feeling in the world.

Lucy Stone is opening for Gold Motel with Talain Rayne and Dark Black at the North Star Bar tonight. The all ages show starts at 7 P.M. Tickets are available here for $10. Stream or download a copy of Lucy Stone’s EP “Would You?” below.

Check out Lucy Stone and W.C. Lindsay’s cover of Fleetwood Mac’s “Dreams” below.