UPDATE: The show has been postponed due to the potential rain, rescheduled date TBA.

Local singer-songwriters Dani Mari and Reverend TJ McGlinchey have teamed up to host a monthly concert series in a popular South Philly park this summer. The FDR Park Summer Series kicked off on June 8th with performances by Griz and Kevin Killen, as well as sets from the hosts. The next concert in the series is this Friday featuring Toy Soldiers and Thom McCarthy. I sat down with Dani Mari and Reverend TJ McGlinchey to chat about the FDR Park Summer Series, what they’ve been up to, their new band, Lovers League, and the pair recorded a couple of acoustic songs for us.

McGlinchey and Mari first met about seven years ago through the local open mic scene and  reconnected in 2010 when Mari was the featured artist for Hezekiah Jones‘ open mic at JD Mc Gillicuddy’s in Ardmore. Since then, the pair have collaborated on recordings and performances: McGlinchey had Mari open for his CD release show at World Cafe Live in January. Now, in addition to hosting the FDR Park Summer Series, they are getting ready to record an album for their band, Lovers League.

Mari explains how the FDR Park Summer Series came about when she met Greg Jacovini, a member of the FDR Park Board. “He mentioned that they’re looking to have more live music there. I told him I had hosted a couple of festivals on the roof of Whole Foods a couple years ago. We were talking about it back and forth and finally decided to move forward and try to put something together for the summer.” They decided to put on a show once a month in the park. Mari contacted McGlinchey to co-host the concert series with her and he brought in his connections.

“Both my brothers are audio engineers,” he explained. “So it was easy to get sound. My little brother is doing the sound for it and bringing the PA. And just hanging out in the Philly scene I got to know some of the better musicians and had some connections to use there to get some good headliners.”

When asked about the vibe they were going for, McGlinchey laughed and responded, “Not heavy metal.” Each show will have a solo acoustic opener, followed by a set by Dani Mari and her band. McGlinchey will join her for a couple tunes, then McClinchey and his band will play a set, and a full band will close out each show, with the pair introducing each act. When asked about their hosting style, McGlinchey responded, “We have slightly awkward stage bits that we do. Mostly we kinda look at each other funny and go ‘uhhh..what?’ It’s a bit of a schtick.” 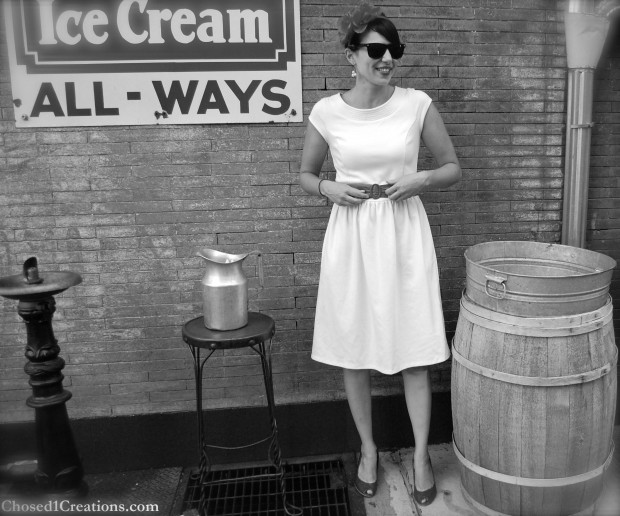 This Friday local singer-songwriter Thom McCarthy will open the show and the band Toy Soldiers will close out the night. McGlinchey says of Toy Soldiers, “They’re really good… it’s upbeat, dancey, and that’s what I go for [to] get the crowd going.” To make it more of an event, the pair have booked artists to show their works and the South Philly Food Co-Op will be participating for the concert this Friday. Since the series is free and open to the public, McGlinchey says, “there’s no excuse not to go.”

The August Summer Series show features opener Johnny Miles and headliner Ben Arnold. McGlinchey booked Ben Arnold, who he knew from hanging out in Manayunk and Rocksborough (and from opening for Arnold’s band US Rails). Mari brought in Johnny Miles, who she knows from the local music scene, to round out the line-up. For the September show, the pair booked local singer-songwriter Andrew Lipke and Philly folk rock band Railroad Fever. McGlinchey recorded his new album, Tell Me to Stay, in Lipke’s basement. As for the other bands, McGlinchey explains, “a lot of people I know in the [Philly] folk scene I met through Raph in Hezekiah Jones…He used to do a lot of living room shows, so I’d go there and meet a ton of people and not really know who was who until I started going out and playing. But Railroad Fever is one of those bands.”

The pair also hope to put on a second FDR Park Summer Series next year. McGlinchey says “I’m hoping we make an impression this year and then next year they’ll recognize that we’ve done a good job and we can expand.” McGlinchey mentioned doing a longer show or extending the event and adding a punk rock stage at the skate park in FDR Park. 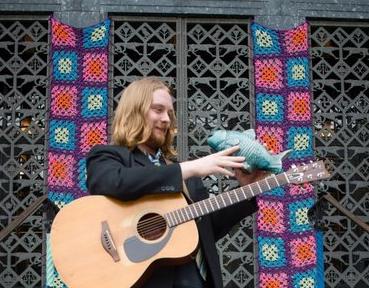 McGlinchey came to the interview on Tuesday with some pretty exciting news of his own. The musician had just found out that morning that he had been selected by the Philadelphia Folksong Society to play the main stage at the Philadelphia Folk Festival. McGlinchey explains, “I won a contest. It was called the Unsung Heroes Competition, it’s for campers and volunteers. They pick ten bands all together and then two out of that. So I get a spot on the main stage…I’m also gonna be playing keyboard with Griz that weekend so I’m gonna be busy. It’s the first year in maybe fifteen years that I’m not volunteering. I’ve been going my whole life so I’m really really excited. I think I have a built-in crowd just from camping.”

The pair were nice enough to record two songs they’ve been collaborating on while in our studio at World Cafe Live. The first, “That Man,” is off of Dani Mari’s album, Impulsive, and the second track is called “If You See Her”  off of Reverend TJ McGlinchey’s album, Tell Me to Stay. You can listen to and download both tracks below. Check out the free FDR Park Summer Series this Friday, July 27th with Toy Soldiers and Thom McCarthy, August 31st with Johnny Miles and Ben Arnold and September 28th with Railroad Fever and Andrew Lipke.