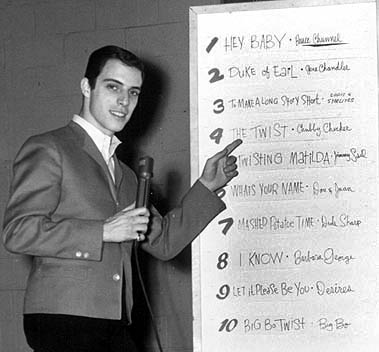 Jerry Blavat – aka The Geator With The Heater – has the incredible ability to tell some of the greatest stories from his musical past, which stretches from Bandstand on WFIL to Memories in Margate. Yesterday he posted a video on his Facebook page talking about how he persuaded the community to allow the teenagers to do “The Twist,” which initially was perceived to be a “dirty dance.” The video is from Philadelphia: The Great Experiment. Don’t forget to listen to The Geator Saturday nights at 6PM on WXPN as he hosts “The Geator’s Rock ‘N’ Roll Rhythm & Blues Express.”