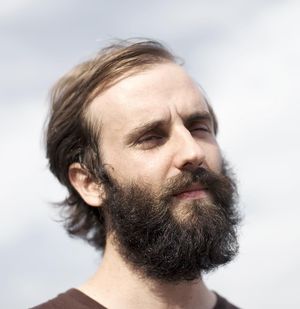 Like many Philly music heads from the aughties, we were amped to hear that Quentin Stoltzfus was bringing his songrwiting back into the public ear. He recorded some of the most magical psych-rock this city has to offer in his band Mazarin, right until a wedding band from upstate New York with the same name presented him with a cease and desist order. After a six-year hiatus, Stoltzfus took the name Light Heat, began working with Alec Ounsworth and guys from The Walkmen, and picked right up where he left off. The track that made the rounds when it appeared on Soundcloud a month ago, “And the Birds,” rings out with a strumming acoustic guitar, a chiming piano, and layers and layers of sonic bliss. You can grab a free download of the song below, and hear a lot more in person when Light Heat makes its live debut on Friday, Aug. 24 at Center City’s Fleisher-Ollman Gallery for the twitter.com/light_heat/status/234044877384601600/photo/1 target=window>closing reception of “A Complete Die, etc.”, a group exhibit curated by Philadelphia artist Anthony Campuzano.