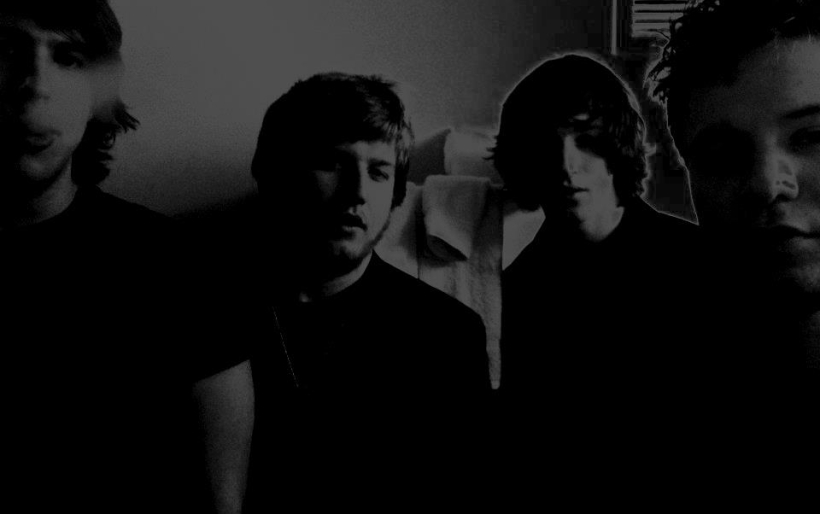 The Warhawks are hungry. You could see it when they piled in a van and drove to South By Southwest this spring, performing on Sixth Street in Austin by the highway overpass and hustling their way into unofficial showcase lineups. And you can hear it in the jagged, intense hard rock tones of their latest EP, Times and Tides. The band – made up of four longtime friends from Gloucester City, New Jersey – is this month’s featured artist in the new Strangled by the Stereo Wire 90s DJ night at Kung Fu Necktie. This week, they stopped by WXPN to talk about lessons learned and plans yet to be made.

The Key: Last time I saw you, you were in Austin down at South by Southwest, guerillaing it and playing on street corners and whatever bills you could get on. How did you feel about that experience? Would you do it again?

Matt Orlando: We’d definitely do it again. We’ll probably get a hotel room next time. We were in the van for seven of the ten days. But we learned a lot about promoting, the proper way and techniques. Getting down there, actually meeting people, putting our CD in their hand – that’s a big thing.

Patrick Bilodeau: A lot of other bands were about visuals, flyers, hype for what’s going on that night.

MO: We found that it was important to talk to people, tell them about what we were doing. They responded well to that.

Tom Lipski: You could tell the difference – the bands that had showcases were kind of just chilling. Since we didn’t have an official showcase, we were pushing really hard to get people out to the shows we were playing.

TK: The Warhawks always had a driving hard rock sound, but Times and Tides is probably the heaviest thing you’ve done. What led to that?

MO: We had to take a step back and focus on song structure. We worked really hard in the past, since the release of our first EP, on developing our style. I think we really found a good groove with it, but in doing that we kind of lost track of getting back to the basics of simple songwriting. A verse and a chorus, stuff like that. Just the stuff you don’t really think about when you’re hearing a good rock song or pop song. So once we started honing in on that, it developed and translated to the new EP. And the style, we’re still pissed off, so we just keep going with the hard rock sound.

John Bilodeau: And we’re really focused on the intensity of the song, being powerful without being a metal band. Having that power in a simple rock and roll form.

TK: Yeah, it’s not like you’re like Kirk Hammett up there, shredding, but it does hit a lot harder than your stuff in the past. Which is good, since that’s not something you hear a lot of in rock right now.

JB: That was probably a subconscious thing. We love music, we listen to everything that’s out there. But you can turn on the radio and you don’t really hear anything driving. There’s a lot of synthesizer sounds, there’s a lot of weirder stuff. Which is good, but still…

MO: And if there is hard rock, it’s very produced, it’s very polished. It’s not as dirty or raw as we like it.

TK: Are you still recording all this stuff yourself, or do you go in the studio to do it?

MO: No, we do it at our practice space. A buddy of ours comes over with an 8-track, and we do the music live, and then we pretty much track the vocals in a day. And then he took it home, mixed it and mastered it and whatever. It’s pretty raw.

PB: The guy didn’t have a lot of time, so we had to do everything in one take.

TK: But that’s kind of a testament to how tight of a band you guys are. You’re in a situation where they’re telling you, you have to nail it in a take, and you do. How do you get to that point?

JB: Plus we practice all the time. If we don’t get a good take, we play it again till we get a better one.

PB: Or until we’re staring daggers across the room at each other.

The Warhawks perform for the Strangled by the Stereo Wire DJ night at Kung Fu Necktie, 1250 North Front Street, tonight, Friday Aug. 24, at 11:30 p.m. Admission to the 21+ show is free.