Made In America – Day One Review and pictures
Artists

Made In America – Day One Review and pictures

Yesterday was the first day of Jay-Z’s Made In America festival. Overall, the festival delivered on the promise of a fantastic, eclectic lineup, and a fun experience on the Benjamin Franklin Parkway in Philadelphia. The seemingly mostly under-30, racially mixed crown (upwards to 50,000) filled the Parkway for nine hours of music that alternated between two stages and a DJ tent. Gary Clark, Jr started the day on the Rocky Stage (the main stage at the feet of the Art Museum steps), and ended with an incredible set from Jay-Z (wearing a Brooklyn Nets cap) with special guests Kanye West, and his G.O.O.D record label pals Big Sean, 2 Chainz, Pusha T, and Common. Earlier in the set, Jay-Z brought out Memphis Bleek, Swiss Beatz, Young Chris and Freeway. From the start of Jay’s set (with a snippet of “Made In America”) to the set closer “N—– In Paris,” it was an historic moment in rap music.

The festival atmosphere was energetic, hot and slightly breezy, and even with the large attendance, it didn’t seem too overcrowded. There was plenty of police presence but the police reported no major and a just a few minor problems during the day. There were food trucks alongside local favorites Tony Lukes and Chickie & Pete’s, a local market featuring local artists and crafts, and plenty of water stations offering refills.

Aside from the star studded headliners for the day, musical standouts included an absolutely fantastic set from Janelle Monae (including a terrific cover of The Jackson 5’s “I Want You Back), Gary Clark, Jr., rapper Jay Electronica, Passion Pit, D’Angelo and Skrillex, who DJ’d in a spaceship in front of a breathtaking light and screen show. Skrillex performed on the side stage (the Liberty Stage) yet should have performed on the main stage. As one of dub step’s poster DJ’s right now, Skrillex’s show was a pleasant shock of high energy beats and drops and reggae that was massively fun. 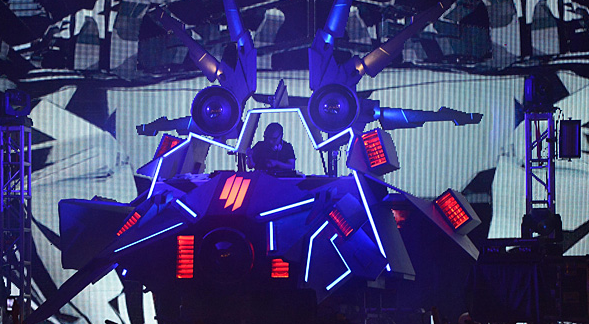 Skrillex in his space ship. Photo by Getty Images 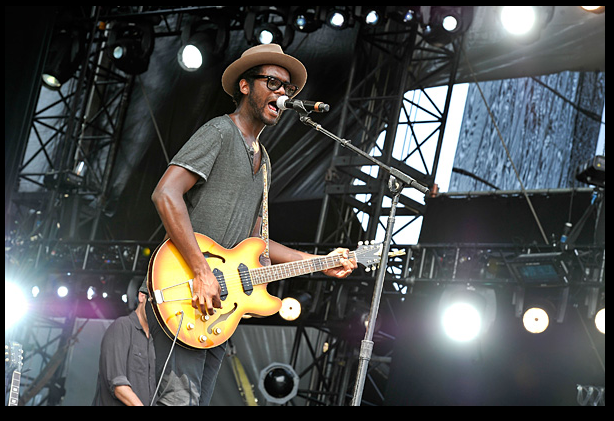 The musical highlight of the day though was the hour and 1/2 set by Jay-Z and his special guests. Jay delivered a hit filled set (“99 Problems.” “Empire State of Mind,” “Dirt Off Your Shoulder,” “What We Do” (with Freeway), “Encore,” “Izzo (H.O.V.A),” “Excuse Me Miss,” “Run This Town,” and more. Jay is an impeccable showman and was backed by a funky, flawless live band. He introduced Kanye West and along with Big Sean, 2 Chainz, Pusha T, and Common they performed new songs including “Mercy,” and “New God Flow.” The crowd sang along with almost every song (Common’s “The Light” was a standout) and the evening came to a close with a fireworks display behind the set over the Philadelphia Art Museum. 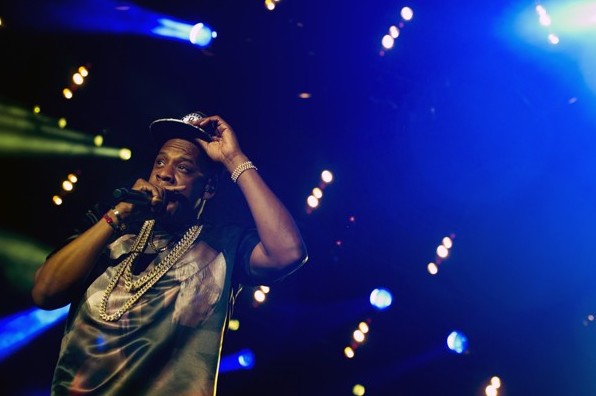