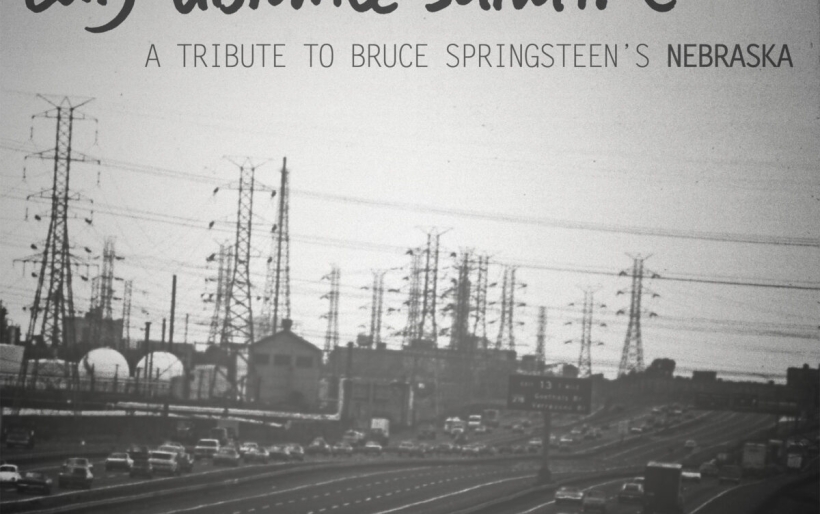 Long Distance Salvation – A Tribute Bruce Springsteen’s Nebraska is being released on September 20th. 100% of the proceeds will go to Project Bread, dedicated to alleviating, preventing, and ultimately ending hunger in Massachusetts. The album features an incredible group of musicians including David Wax, Trampled By Turtles, Joe Pug, The Wooden Sky, Joe Purdy and Garrison Starr, Roadside Graves, Spirit Family Reunion and others (see full tracklist below). The album is available to pre-order digitally and on vinyl here. Among the artists featured are Philadelphia’s own Strand of Oaks with a haunting rendition of “Used Cars,” and sometimes-Philadelphian Adam Arcuragi with “Reason to Believe.” The release of the tribute also commemorates the 30th anniversary of the release of Springsteen’s Nebraska, originally released on September 30th, 1982.

This is not the first time Nebraska has been given the cover treatment. In 2000 Sub Pop released Badlands – a Tribute To Bruce Sprinsgteen’s Nebraska with contributions from Chrissie Hynde, Los Lobos, Dar Williams, Johnny Cash, Son Volt, Ben Harper and others. Over the 30 years since its release, Nebraska has proved to be one of Springsteen’s most enduring and important albums. It’s a triumph of the singer-songwriter genre that has stood the test of time. Steven Pond, who reviewed it for Rolling Stone when the album was released put it’s importance eloquently:

After ten years of forging his own brand of fiery, expansive rock & roll, Bruce Springsteen has decided that some stories are best told by one man, one guitar. Flying in the face of a sagging record industry with an intensely personal project that could easily alienate radio, rock’s gutsiest mainstream performer has dramatically reclaimed his right to make the records he wants to make, and damn the consequences. This is the bravest of Springsteen’s six records; it’s also his most startling, direct and chilling. And if it’s a risky move commercially, Nebraska is also a tactical masterstroke, an inspired way out of the high-stakes rock & roll game that requires each new record to be bigger and grander than the last.

Until now, it looked as if 1973’s dizzying The Wild, the Innocent & the E Street Shuffle would be the last Springsteen album to surprise people. Ensuing records simply refined, expanded and deepened his artistry. But Nebraska comes as a shock, a violent, acid-etched portrait of a wounded America that fuels its machinery by consuming its people’s dreams. It is a portrait painted with old tools: a few acoustic guitars, a four-track cassette deck, a vocabulary derived from the plain-spoken folk music of Woody Guthrie and the dark hillbilly laments of Hank Williams. The style is steadfastly, defiantly out-of-date, the singing flat and honest, the music stark, deliberate and unadorned.

Nebraska is an acoustic triumph, a basic folk album on which Springsteen has stripped his art down to the core. It’s as harrowing as Darkness on the Edge of Town, but more measured. Every small touch speaks volumes: the delicacy of the acoustic guitars, the blurred sting of the electric guitars, the spare, grim images. He’s now telling simple stories in the language of a deferential common man, peppering his sentences with “sir’s.

Long Distance Salvation – A Tribute Bruce Springsteen’s Nebraska captures the heart, the soul and intent of the original album. From the hopped up bluegrass throw down version of “Open All Night” by Trampled By Turtles and the gorgeous duet between Garrison Starr and Joe Purdy on “Mansion On The Hill,” to the bluesy swing of Spirit Family Reunion’s version of “Johnny 99,” each musician puts their own stamp on the songs; it’s a testament to the timeless quality and strength of Springsteen’s songwriting and the talents of all the contributors on this excellent collection. Below, stream Stand Of Oaks’ version of “Used Cars.”