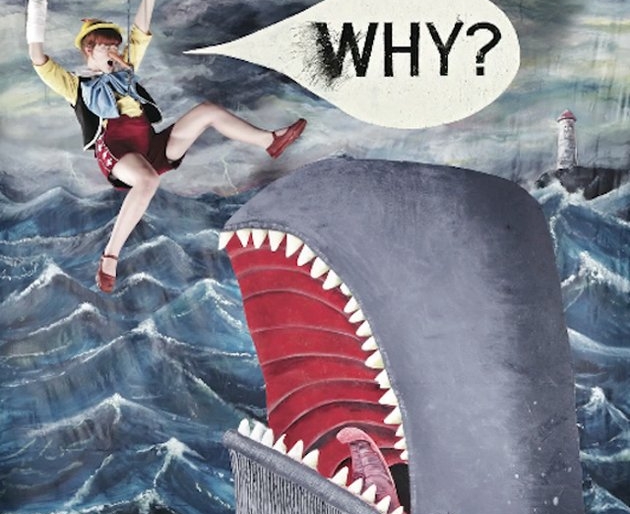 Double Booked: Why? vs. Alt-J

It is a problem that has plagued modern society. It has jolted you out of your sleep in worry and cold sweats. It has left you crippled with regret. It can literally ruin your night. It is the dreaded double booking. Two potentially dope concerts, one potentially dope night. Here on Double Booked, we’ll help make your decision between Why?’s appearance at Union Transfer and Alt-J’s appearance at Johnny Brenda’s easier by breaking down the two shows by category, and deciding which reigns supreme. Let’s do this.

Why?: Union Transfer has had no trouble gaining traction since revamping the one-time Spaghetti Warehouse, almost exactly a year ago. It is a beautiful room with salvaged wood accents and huge ceilings. As a whole, it is one of the best all-ages venue in the city, but as an all-ages venue, the majority of prime concert-viewing real estate is given to those without drinks in their hands. So if boozing is unimportant to you, Why? may win this category, but if drinking is essential to your experience…first, shame on you, second, this show may not be your first choice.

Alt-J: As the smaller, more intimate of the two venues, Johnny Brenda’s hosts shows that you brag to your friends about one year later when the same band is playing the Electric Factory or The Mann. This venue is 21+, so if you aren’t yet 21, well, the decision is not really a decision at all. Come back when you are. The freedom of the drinking anywhere in the venue does have it’s casualties, though. If bands are on the quiet side, like opener JBM, expect to get really annoyed at the guy on the corner of the bar having a loud conversation while he ignores the performer about five feet away. That said, the headliner can usually drown out even the most obnoxious attendee, and the sound is great given the size of the venue. Extra points because JBs has a photo booth upstairs and yummy burgers downstairs.

Verdict: Both of these places are sweet, but we are going to have to give it to Johnny Brenda’s, but mostly for the cheeseburgers. – Alt-J

Will they be back soon? Why?'s latest LP, Mumps etc., due out on Tuesday

Why?: Why? took a longer time than usual to release their new EP Sod In The Seed, and upcoming LP, Mumps etc. But the benefit is that they spent more time playing new out on the road. In fact, their show will be, at least, their third time playing in Philly since the release of their last LP 2009’s Eskimo Snow. And given that their new LP isn’t even released yet, the band could very well be back in the spring or summer. Also worth noting, the past two times they have played Philadelphia, it has not been in full-band form. Yoni and Josiah did a small tour of mostly acoustic dates, and then Yoni broke his hand right before their First Unitarian Sanctuary show. Expect them to make up for lost time.

Alt-J: This band will also probably be back when the weather gets nice, but by then, the Mercury Prize nominees could be opening for Vampire Weekend or headlining the TLA. I like paying $10 dollars in service fees and $8 for Bud Light as much as the next guy, but catching a quickly rising band at a place as intimate as Johnny Brenda’s is probably not going to happen very often.

Verdict: Not only are they from the UK, Alt-J will probably be upgrading venues the next time they can make it over here. – Alt-J

Why?: This one is pretty easy. Yoni Wolf is one of our generation’s most exciting songwriters and lyricist. His doomed, cracked passion fashions next-level, genre-melding indie pop. Their fifth and newest album Mumps etc. will have a hard time being as good as 2008’s Alopecia, but it is still going to be meticulously arranged, raw and surreal. Also, Yoni is a co-founder for Oakland, CA based hip-hop label Anticon, and made a name for himself in weird-hop group cLOUDDEAD with Doseone.

Alt-J: This UK band is extremely fresh, but are quickly getting accolades for their debut LP An Awesome Wave, set for U.S. release on September 18th. They have been playing high profile shows across the pond and, as noted, have been nominated for the same prize that has been won by The XX, Arctic Monkeys, Elbow and PJ Harvey. They may have “cred” for their album, but we have no idea what their live show is like, and they certainly don’t have the kind of experience as Why?.

Verdict: Why?, not to mention their openers, have serious cred. They are the clear winners here. – Why?

Why?: The openers for this show are both rappers signed to Yoni’s Anticon label. Sarengeti is a experimental Chicago MC who has released 11 solo albums and countless collaborations in the past decade. He is not your average rapper, and it is really refreshing to watch him on stage. He was also the opener on Why?’s last tour, where he was backed by Why? keyboardist Doug McDiarmid. Also opening is Doseone, aka Adam Drucker. Besides co-founding Anticon with Yoni, Doseone released over 30 albums in various projects, most notably cLOUDDEAD, Subtle, and Themselves. Given that Yoni and Drucker are 2/3rds of cLOUDEAD, it wouldn’t be too crazy to expect a live collab would it? We will see. 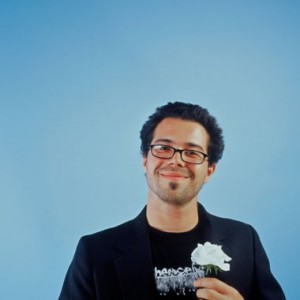 Why? opener and label collaborator Doseone

Alt-J: The sole opener is JBM, aka Jesse Merchant, who may be fairly new on the scene, but has been honing his craft since learning classical guitar at age seven. While always loving music, he only recently began performing live, and has already shared the stage with big names. The atmospheric compositions are expansive and harrowing, but gorgeous. Merchant has a piercing voice that recalls both S. Carey and Damien Jurado. His newest LP, Stray Ashes, was put out by Western Vinyl, and is probably going to show up on a bunch of ‘Overlooked Albums of 2012’ lists.

Verdict: While JBM makes the Alt-J bill even more stellar, there are more Why? openers, and they have been pretty influential over the past decade. – Why?

Why?: UT does stay open after shows and offers a happy hour, and the Tressle Inn is right around the corner, but generally there is not much going on around the venue, so post-show is not too active. Also, with a venue of UT’s size, performers spend most of their time backstage, so if meeting the band is your thing, you may be disappointed. 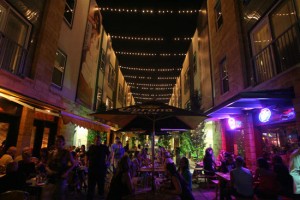 Alt-J: Johnny Brenda’s also stays open after shows, but you have to go downstairs. In terms of post-show activities, you are pretty set when it comes to locations. Continue your night at the plethora of bars and restaurants tucked up in No Libs. Also, the bands at JB’s often will sell their own merch, or at least grab a drink during the opener, so make sure to wear your stalking shoes.

Verdict: Johnny Brenda’s wins this one. Just be careful, you can still get a DUI on a bike. – Alt-J

There you have it. Alt-J just barely gets the win, but choose wisely, you may never forgive yourself.