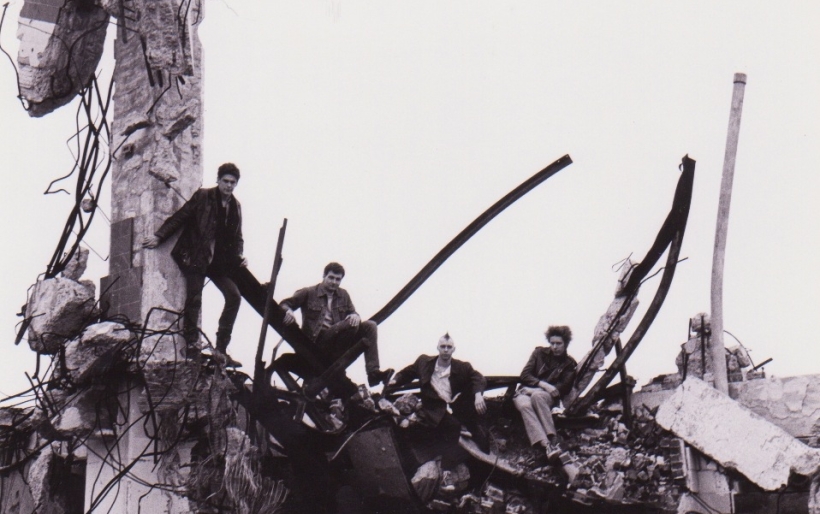 The Philadelphia music scene of the 1980s was a weird, wild wonderful place. In the midst of its goulash of button-pushing, boundary-breaking culture – visual artists, new wave dabblers, raucous punks – was a four-piece guitar-rock act known as Informed Sources. On the surface a righteous hardcore group in the vein of Black Flag and The Dead Kennedys, the Sources quickly broadened their approach over an impactful two-year run, taking cues from national trendsetters and helping shape regional scene in ways that resonated long after its LPs and 7″‘s disappeared from shelves. Lead guitarist Frank Blank Moriarty went on to write for Philadelphia City Paper for the next several decades, championing the city’s underground heritage as well as it’s present. Along with WXPN’s Robert Drake, he remains remains an authority on the Philadelphia of the 1980s, and Friday night will appear on the September edition of Drake’s Land of the Lost. The occasion? A new and comprehensive retrospective of Informed Sources’ recorded output, from its early EPs to archival appearances on WXPN with famed DJ Lee Paris, all the way up to brand new recordings. We’re featuring Fun Under The Sun in this edition of UNLOCKED, The Key’s recurring spotlight on significant new releases from Philadelphia-based artists. Tomorrow, I’ll review the record – a time capsule that feels wholly timeless – and later in the week we’ll talk to Frank about the band’s past and future (including a one night only reunion at The Legendary Dobbs on October 6). Today, it’s a free download of “Imagined Fears,” a rip-roaring duet between Informed Sources’ late vocalist Joe Stack and Jade Starling of the band Pretty Poison. Their verse-swapping chemistry undeniably recalls X, but its dramatic tower of sound reaches to different heights entirely. Help yourself below, and check back for more throughout the week.