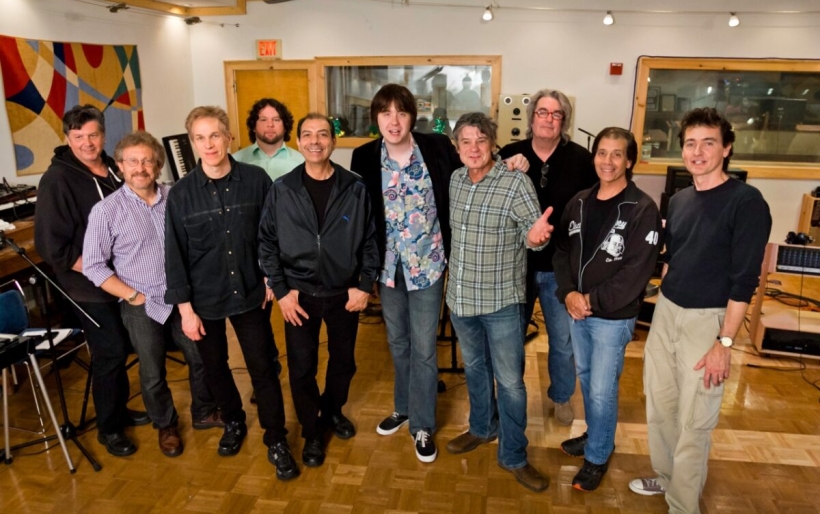 If you enjoyed In the Pocket’s cover of The Trammps disco hit “Disco Inferno” last month (and how couldn’t you?) then you’ll love the behind-the-scenes documentary.  Hooters drummer David Uosikkinen’s Philadelphia-centric project hit up Studio 4 in Conshohocken to record their rock ‘n’ roll take of the track with Phil Nicolo of the Butcher Bros. production team.  Also making guest appearances with the In the Pocket collective are legendary rapper Schooly D and Gamble & Huff guitarist TJ Tindall, who played on the original recording.  Download In the Pocket’s version of “Disco Inferno” (and their other tracks) here.  They’ll bring the heat to World Cafe Live this coming Tuesday, October 2nd, at 7:30 p.m.  Tickets are $20 here, and a portion of the proceeds will benefit the Settlement Music School.