Walking by Roosevelt’s Pub at 22nd and Walnut Street last week, the sounds of live drums being pummeled surpassed the downtown traffic noise. The rhythms from inside came from a new local percussion collective known as the Philly Drum Project. Local drummer Ryan Crump started the group last fall after he broke a wing nut for his Ludwig drum set.

“I started looking for the piece on eBay and realized that I was going to have to pay a lot of money for a piece of drum hardware that someone had to have laying around their house,” said Crump.

From that experience, he devised the project as a way for local drummers to pool their resources. Not just gear, but gig opportunities, lessons and beats. The Philadelphia Drum Project began to hold monthly get-togethers in order to spread the word.

The meetings, which take place on every first Monday at Roosevelt’s Pub, started back in April and have had a wide range of featured guest drummers. Beginning with Dr. Dog’s Eric Slick, the monthly guests have also included jazz drummer (and University of the Arts) professor Marc Dicciani, Lady Gaga’s touring drummer Spanky McCurdy and September’s guest, Tim Arnold of Good Old War. 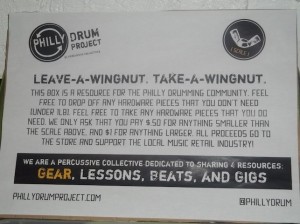 “If you have a fall back, you’ll fall back,” said Arnold when asked what advice he would give to young people striving to be musicians.

The most unique feature of Arnold’s drumming is that he doesn’t use conventional drum sticks. Instead, he usually opts for brushes to achieve the mellow groove he is looking for with Good Old War. “One thing playing with brushes does is really fill out the groove, “ said Arnold as he plays a beat with a swing feel and a syncopated kick.

The personal ideas and styles of each guest in the Philly Drum Project are what make each meeting a unique experience for the local percussion community.

“Each guest so far has represented a different school of thought on drumming and different ideas are being discussed at each meeting,” said Crump, “such as ‘Metronome is God vs. Forget About the Metronome.’ Or what are the best ways to practice.”

However, the monthly meetings are just a small part of a vision Crump has for the project. In the beginning of last month’s meeting, Crump outlined the long term goals of the Philly Drum Project, which includes a resale shop, a space for band rehearsals, lessons, performance and drummer hangouts all under one roof.

“West Philadelphia High School is for sale, which would be a perfect building,” laughed Crump. “Does anyone have a couple thousand dollars they would like to donate?” 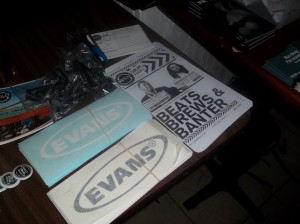 “These ideas are for down the road,” said a hopeful Crump, “right now we are just trying to spread the word about the project through the monthly meetings and see who else is interested in helping make these long term goals a reality.”

Until a proper headquarters building is established for the project, Roosevelt’s Pub will remain the monthly meeting place for members of the Project and anyone with a general interest. “It is a perfect spot right in Center City, they have a small room with a little stage for us,” said Crump.

The next meeting for the Philly Drum Project will be held tonight, Monday, October 1 and will feature Fred Berman, drummer for Amos Lee and several other Philly-based and national acts.

In the meantime, those interested can become members for free online at the Philadelphia Drum Project website by clicking the subscribe button at the bottom of the page. In addition to getting information on all Philly Drum Project events, members also receive special discounts on things such as repairs, lessons and drum clinics. 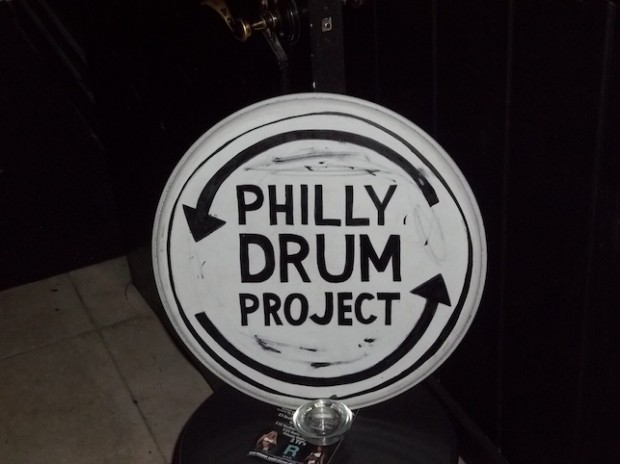