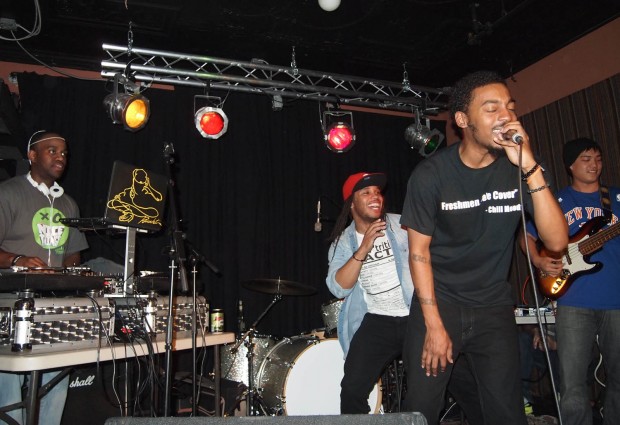 Watch Gang, Chill Moody and Joe Logic rock out to a cover of Kanye West’s “Mercy”

It should come as no surprise that poppy Philly art-punks Gang and hip-hop luminary Chill Moody are tight. They share a drummer in the versatile Tim Sonnefeld, they both record at MilkBoy Studio. But seeing that camaraderie in action is another thing altogether. Check out this video of Gang and Chill, with Joe Logic on the beats, rocking to a cover of Kanye West’s “Mercy”, shot at the MilkBoy one-year anniversary concert this summer.